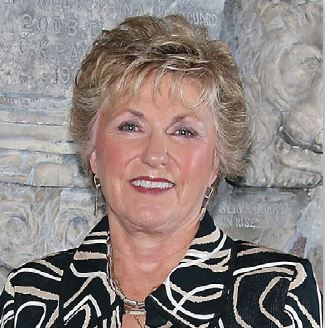 Gayle Manchin is an educator who has worked in Marion County Schools at the secondary level, on the faculty of Fairmont State University in Developmental Education, and was the Director of the university's first Community Service Learning Program.

From 2005-2010, Gayle Manchin served as West Virginia's First Lady. She was appointed by the Governor to serve as a member of the State Board of Education, where she also served as President. She is the Chair of the Board for Reconnecting McDowell, an American Federation of Teachers initiative serving rural West Virginia, has been president of the Vandalia Rotary Club of Charleston, and is an Emeritus Member of The Education Alliance. She also served for one year as the Cabinet Secretary for the Office of Education and the Arts.

From 2000-2004, she directed the AmeriCorps Promise Fellows in West Virginia and, through the Secretary of Education and the Arts, implemented a statewide initiative, WV Partnerships to Assure Student Success. At the national level, Gayle Manchin has been President of the National Association of State Boards of Education. She was appointed by then Secretary of Education Arne Duncan to the Federal Improvement for Post-Secondary Education Board in 2010. She is also a member of the Board of Trustees of The Ford Theatre in Washington, DC.

Gayle Manchin has spoken at the state and national levels on the challenges of rural education, poverty, and student achievement. She holds a Master of Arts in Reading and a Bachelor of Arts in Language Arts and Education from West Virginia University, and a master's specialization in Educational Technology Leadership from Salem International University.