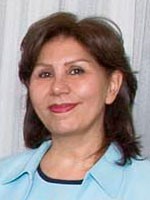 Detained Since: March 5, 2008. Mavash Sabet was released in September 2017. Ms Sabet has been released after serving her 10-year sentence under false charges.

Charges: Espionage, propaganda against the Islamic Republic, and establishment of an illegal administration

Biography: Mahvash Sabet was born on February 4, 1953 in Ardestan, Iran. Ms. Sabet moved to Tehran when she was in the fifth grade and eventually received a bachelor’s degree in psychology.

Ms. Sabet began her career as a teacher and also worked as a principal at several schools.  Like thousands of other Iranian Baha’i educators after the Islamic Revolution, she was fired from her job and barred from working in public education. She then became director at the Baha’i Institute for Higher Education, a university established by the Baha’i community in 1987 to meet the educational needs of young people who have been systematically denied access to higher education by the Iranian government.

Ms. Sabet was one of the seven Baha’i leaders who were part of the ad hoc group known as “Yaran” or “Friends.” This group tended to the spiritual and social needs of the Iranian Baha’i community given the absence of formally elected Baha’i leadership. Ms. Sabet was the first of the Baha’i Seven to be arrested on March 5, 2008 after she was apprehended while visiting Mashhad. The Baha’i Seven were placed in solitary confinement for months, and spent a year behind bars without access to legal counsel. In 2010, the seven were tried and convicted of charges of “espionage” and “spreading propaganda against the regime.” They each were sentenced to 20 years in prison, the longest of any current prisoner of conscience in Iran.

In 2013, Iran passed a reformed Islamic Penal Code that stipulated that courts may carry out only the most severe punishment assigned to a prisoner, rather than carrying out multiple, similar punishments for related crimes. In early 2016, the Baha’i 7 were informed that this rule would be applied to their cases, reducing their imprisonment from 20 years to 10 years.

Ms. Sabet currently is being held in Tehran’s Evin prison, along with other female prisoners of conscience, including Fariba Kamalabadi. Ms. Sabet has written poems about her experiences while in prison, which she composed on scraps of paper and gave to friends and family. In 2013, they were published as a book, Prison Poems. 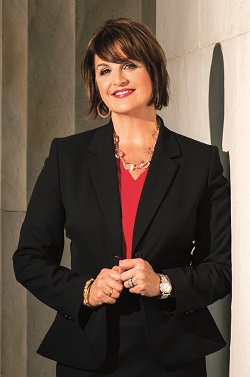