Op-Ed: Fighting Religious Persecution in China One Violator at a Time 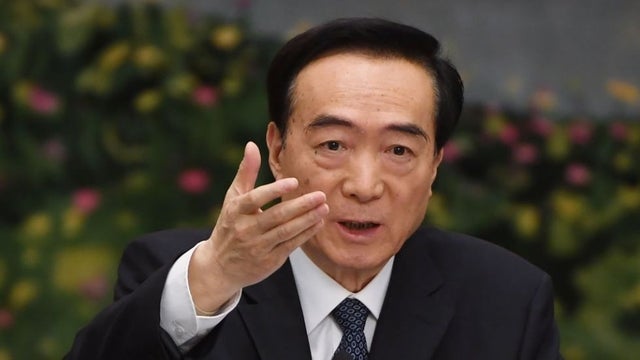 This op-ed originally appeared in The Hill on Friday, July 5, 2019.

By Gary Bauer and Tenzin Dorjee

In a country where as many as 2 million Uighurs and other Muslims are imprisoned in concentration camps, tortured and forced by Chinese officials to renounce their faith, one man’s reported crimes of religious persecution may stand above all others — Chen Quanguo. Chen is the Communist Party secretary of Xinjiang, the region in northwestern China where human rights atrocities are taking place.

Using surveillance technology and DNA-based identification of Uighurs, Chen has helped create an open-air prison for the remaining million Uighurs and other Muslims, who live in fear of being forcibly separated from their families and sentenced indefinitely.

Chen’s reported record of brutality includes a repressive campaign against Buddhists in Tibet, the blueprint for his current oppression of the Uighurs. As reports emerge that the Chinese government is exporting this model of surveillance to other parts of China, and even to other countries, it is hard to imagine what the Chinese model of dystopian rule will look like in the future if Chen is not stopped.

At the same time, the Chinese government is intensifying its persecution of Christians. China has declared war on religion. On this 10th anniversary of the Urumqi riots, it is time for the United States and the world to take action.

While various members of Congress and U.S. government agencies have decried the horrific treatment of the Uighurs — including the U.S. Commission on International Religious Freedom, which has reported on the persecution of Uighur Muslims in China for 20 years — China’s outsized role in the global economy has rendered it almost immune to foreign criticism or consequences.

When pressed on the plight of the Uighurs, Chen and other officials have downplayed the scope and severity of the treatment, or cast it as controlling “extremist ideology” for national security reasons. Or, they’ve simply rejected what they view as outside meddling in the country’s internal affairs.

These responses do not hide the fact that one of the most egregious violations of human and religious rights is taking place, and the United States has a moral obligation to take action to stop it. But while the Trump administration has been notably vocal and engaged on religious freedom issues, it, like past administrations, has had to weigh these against sensitive trade and security considerations. So, what immediate and consequential step can the U.S. government take towards holding China accountable?

Like the old question of how to eat an elephant, we can start by taking one bite at a time out of those orchestrating the atrocities — such as Chen Quanguo. This would send the message that the United States will not allow such abuses to occur without consequences.

Among the most strategic tools in the U.S. arsenal, which the administration has not yet used to its fullest potential, is the 2016 Global Magnitsky Human Rights Accountability Act. The act and its related 2017 executive order, E.O. 13818, allow the secretaries of State and Treasury to deny U.S. visas to — or block the U.S.-based assets of — foreigners involved in corruption or human rights abuses.

As of December 2018, the U.S. government has sanctioned 101 foreign individuals and entities under the Global Magnitsky Act; however, only nine of these sanctions were directly related to religious freedom violations. Seven Burmese officials and military units were sanctioned for abuses against Rohingya Muslims, and two Turkish cabinet ministers were sanctioned over the detention of American pastor Andrew Brunson (the latter two sanctions subsequently were  lifted).

China’s persecution of Muslims and Tibetan Buddhists — along with Christians, Falun Gong practitioners, and others — is likely the most notorious example of a clear violation of religious freedom that remains unpunished, but it is far from the only one. In USCIRF’s 2019 Annual Report, 28 countries were cited where governments or societal actors severely violate religious freedom. In many of these countries, religious freedom conditions deteriorated in 2018 and led to the marginalization, imprisonment, or even death of countless people of various faiths and beliefs. Global Magnitsky sanctions can be applied vigorously to punish individuals and agencies directly responsible for the severe religious freedom violations detailed in our report.

The Chinese Communist Party has celebrated Chen’s ruthlessness and he is in contention to join the party’s top leadership body in 2022. This does not bode well for the country’s Uighurs, or for the tens of millions of Chinese Christians experiencing increased surveillance and harassment.

Impunity emboldens perpetrators. Applying Global Magnitsky sanctions against individuals responsible for religious freedom violations in China and around the globe will demonstrate that the United States is committed to accountability and will not allow abusers to benefit from access to the United States or the U.S. financial system.

For believers and nonbelievers around the world, who suffer for their beliefs today and are at risk of persecution tomorrow, the U.S. government must take action to ensure that there are severe consequences for those who violate international religious freedom.