Turkey Misses Opportunity to Release Pastor Andrew Brunson, Sets Next Hearing to May 7 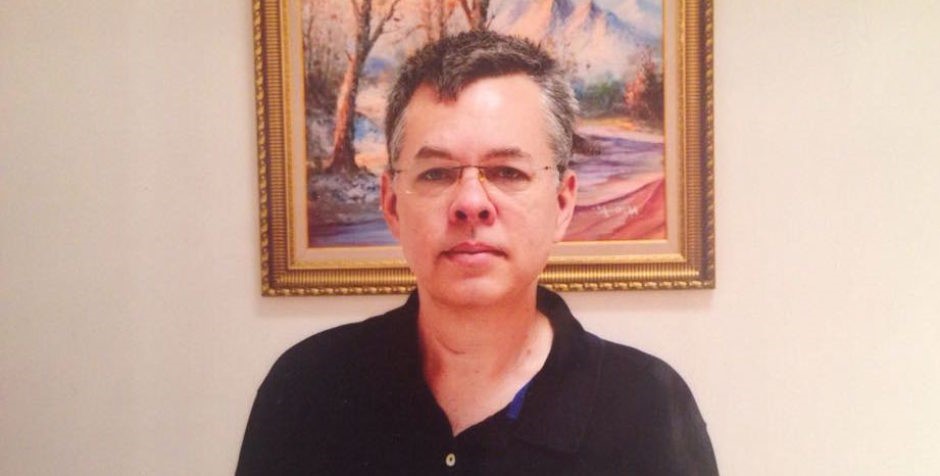 Turkey Misses Opportunity to Release Pastor Andrew Brunson, Sets Next Hearing for May 7

WASHINGTON, DC -- The U.S. Commission on International Religious Freedom (USCIRF) was disappointed today by a Turkish court decision to continue proceedings in the case of Pastor Andrew Brunson, an American citizen and leader of a small Protestant Christian church who is facing up to 35 years imprisonment on false terrorism and espionage related charges. USCIRF has condemned the charges against Pastor Brunson and called for his immediate release.

“We are deeply disappointed that Turkish officials today decided to prolong their prosecution and unjust imprisonment of Pastor Andrew Brunson,” said USCIRF Chairman Dr. Daniel Mark. “USCIRF’s position is clear. Pastor Brunson is an innocent religious leader whose imprisonment for over 18 months on false allegations is an abomination. This latest development is yet another reason for the international community to condemn his imprisonment and for Congress and the administration to consider stronger steps against Turkey, including the imposition of targeted sanctions against those involved in this miscarriage of justice.”

Pastor Brunson was initially detained by Turkish officials on October 7, 2016 and accused of membership in an armed terrorist organization. On March 13, Turkish prosecutors indicted Pastor Brunson on terrorism and espionage related charges, seeking a sentence of up to 35 years imprisonment. Pastor Brunson has lived and worked in Turkey for over 22 years.

On October 5, 2017, USCIRF Vice Chairs Sandra Jolley and Kristina Arriaga were granted access to Kiriklar Prison in Izmir and allowed to visit with Pastor Brunson. They were his first visitors outside of family, legal counsel, and U.S. embassy officials. They described their visit in an opinion editorial for Religion News Service, which can be found here.

In 2017, USCIRF placed Turkey on its Tier 2 for violations of religious freedom and began advocating for Pastor Brunson as a part of its Religious Prisoners of Conscience Project.

The U.S. Commission on International Religious Freedom is an independent, bipartisan U.S. federal government commission, the first of its kind in the world. USCIRF reviews the facts and circumstances of religious freedom violations abroad and makes policy recommendations to the President, the Secretary of State, and Congress. USCIRF Commissioners are appointed by the President and the Congressional leadership of both political parties. To interview a Commissioner, please contact USCIRF at Media@USCIRF.gov or Isaac Six, Associate Director of Congressional Affairs (ISix@USCIRF.gov +1-202-786-0606).