USCIRF Applauds the U.S. Government Pledge to Support the Democratic Transition in Sudan 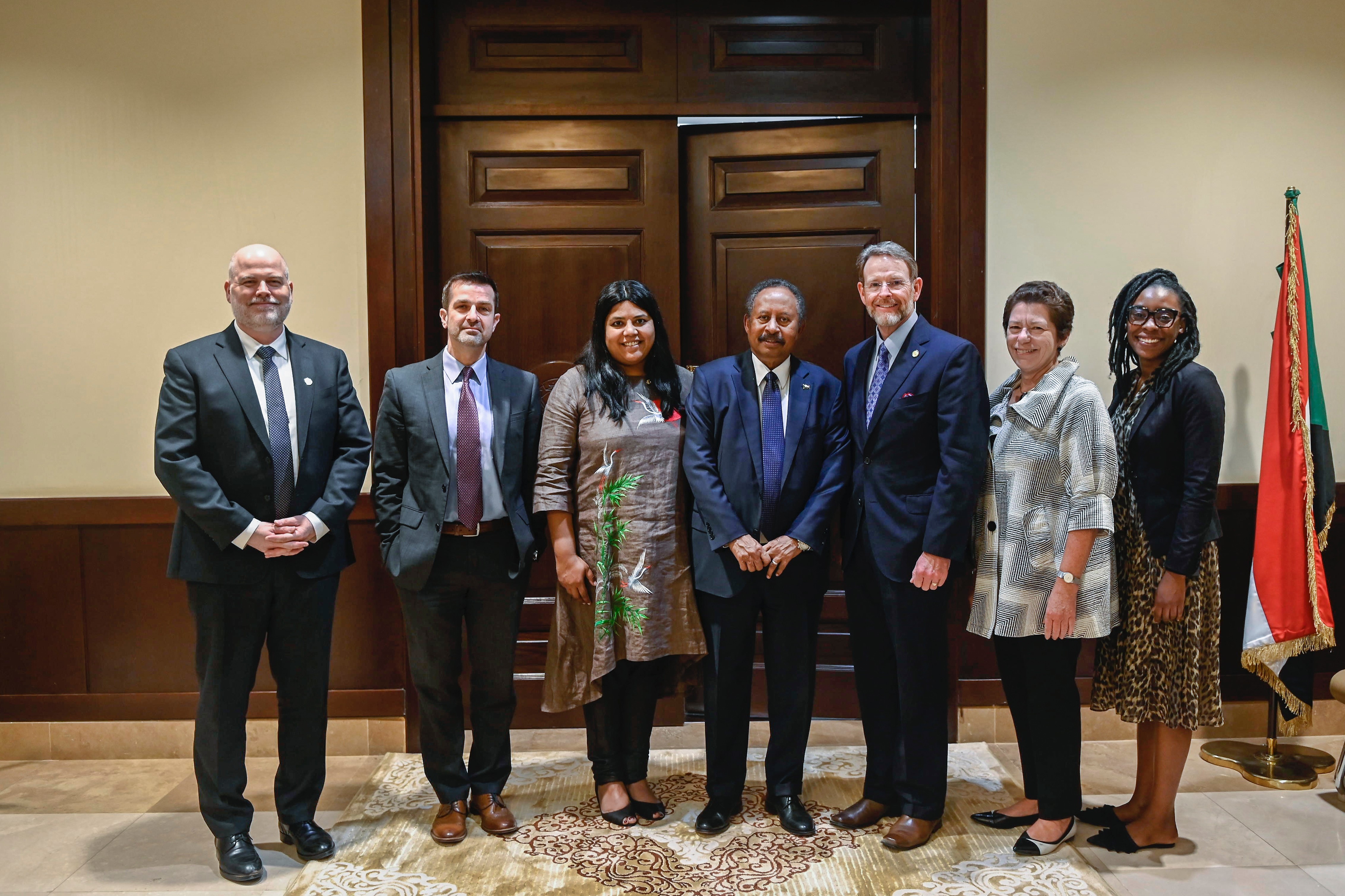 USCIRF Applauds the U.S. Government Pledge to Support the Democratic Transition in Sudan

USCIRF Vice Chair Tony Perkins said, “We are encouraged by the  United States’ decision to provide such robust financial support to a government that is committed to reforming its political system and ensuring all Sudanese people are free to practice their faiths. USCIRF urges the U.S. government to allocate a portion of this funding to programs that support comprehensive curricular improvements, legal and constitutional reform, and other transitional justice measures.”

The pledge was made on June 25, 2020 at the Berlin Donor Conference, which was convened to ensure Sudan’s dire economic crisis does not threaten its democratic transition. According to acting USAID administrator John Barsa, the pledge is nearly ten times the development assistance provided to Sudan in 2019.

During his visit to Washington, DC, last December, Sudan’s Prime Minister Abdalla Hamdok stressed to USCIRF the importance of international support for his government to continue to carry out reforms that advance civil liberties and political freedoms.

“The United States, in partnership with other countries across the world, has pledged $1.8 billion in support of  Sudan’s democratic transition,”  said USCIRF Vice Chair Anurima Bhargava. “As we heard from the Sudanese government, we expect these funds will support further institutional, legal, and educational reforms to enhance religious freedom, and the processes necessary to ensure proper implementation of these (and earlier) reforms in every region of the country.”

In February, USCIRF Vice Chairs Perkins and Bhargava traveled to Sudan to assess religious freedom conditions. Due to the significant progress made by the Sudanese transitional government in 2019 to address the worst religious freedom abuses of the former regime, USCIRF recommended in its 2020 Annual Report that the Department of State maintain Sudan on its Special Watch List (SWL). This was the first time since 2000 that USCIRF had not recommended Sudan for designation as a “country of particular concern” for systematic, ongoing, and egregious violations of religious freedom.