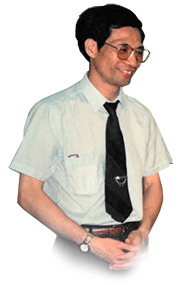 WASHINGTON, DC – Kristina Arriaga and Tony Perkins, commissioners on the United States Commission on International Religious Freedom (USCIRF), today announced their adoption of American pastor David Lin as part of the Religious Prisoners of Conscience Project. In 2006, Chinese authorities in Beijing detained Pastor Lin, under unclear circumstances. In 2009, he was accused of contract fraud—a charge he denies—and sentenced to life imprisonment. Following commutation and reduction, he is due for release in April 2030. Until recently, Pastor Lin ministered to his fellow prisoners and was translating the Bible into Chinese. USCIRF is concerned about recent reports of Pastor Lin’s declining health and potential threats to his safety in prison.

“We call on Chinese authorities to provide Pastor David Lin with any medical attention that he needs and allow him to return home to the United States,” said Arriaga and Perkins. “The Chinese government has committed a grave injustice against this man who now faces the possibility of spending the rest of his life in prison. We are especially concerned about the possibility that Pastor Lin is being targeted in prison because of his faith.”

Before his imprisonment, Pastor Lin was active in Beijing’s house church movement, which has long faced hostility from Chinese authorities. House churches are independent of state-sponsored religious organizations, and those who participate in and lead house churches often face intimidation, harassment, arrest, and harsh sentences. Under President Xi Jinping, the Chinese government has intensified its crackdown against independent religious groups—as well as other religious communities—and closed down several prominent house churches.