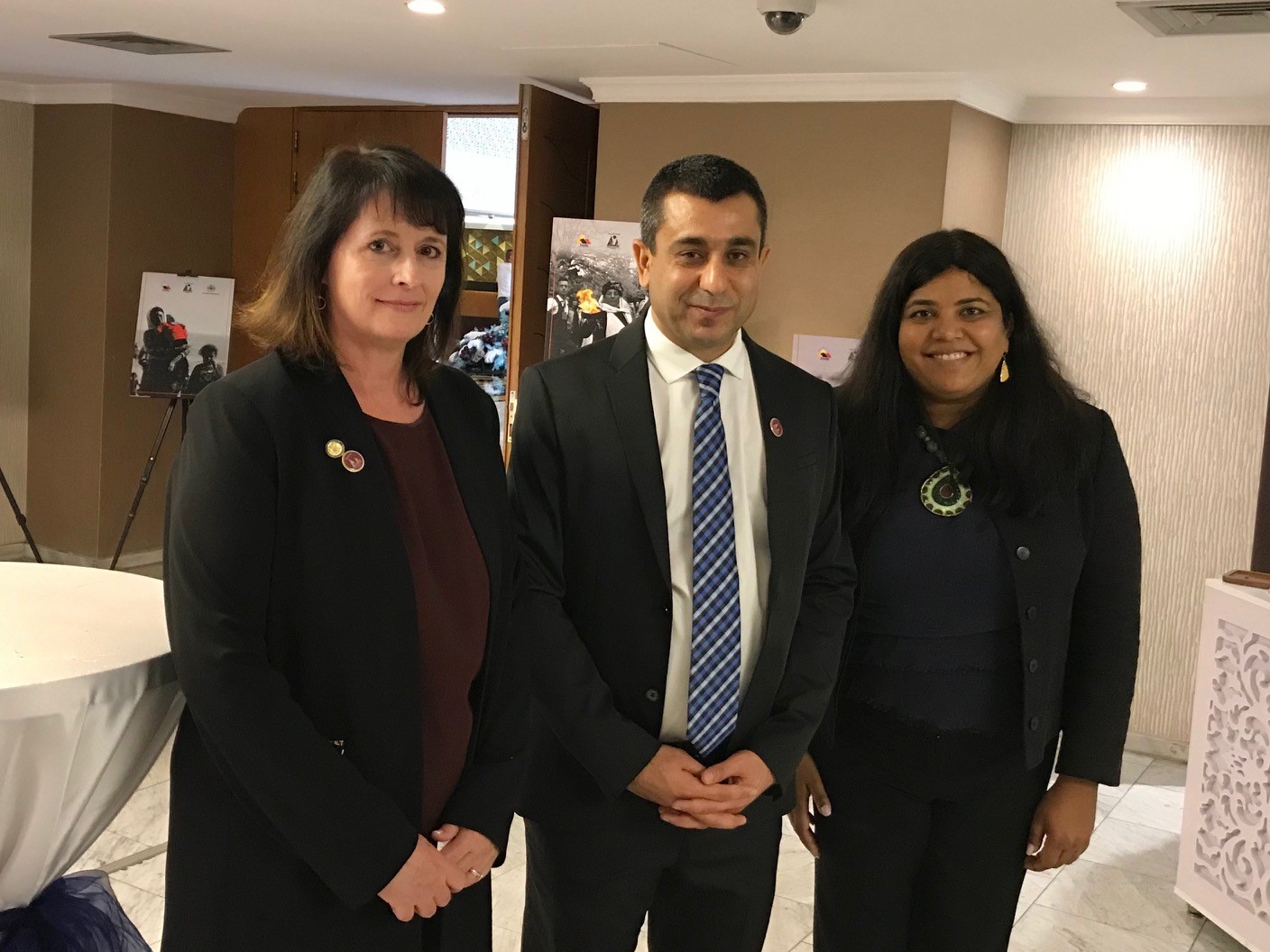 WASHINGTON, DC – Ahead of tomorrow’s fifth anniversary of the Yazidi genocide, United States Commission on International Religious Freedom (USCIRF) Vice Chair Nadine Maenza and Commissioner Anurima Bhargava traveled to Baghdad, Iraq to stand with survivors at a Yazda event commemorating the thousands who experienced unspeakable atrocities at the hands of the Islamic State in Iraq and Syria (ISIS). Religious leaders, U.S. and other foreign dignitaries, and Iraqi government officials joined them in remembering the victims and mourning alongside those who continue to deal with the trauma of witnessing the slaughter of family members, widespread sexual assault and the enslavement of women and children—many of whom remain missing today.

In her remarks before the commemoration attendees, Maenza said, “We have not forgotten the cruelties and tragedies that Yazidis have suffered in the past, nor have we forgotten the fear, the continuing displacement and the pain of the genocide that remain with them today. We call on our Iraqi partners – the Federal and Kurdistan Regional Government officials, armed forces, and religious leaders—to do everything possible to alleviate the Yazidi community’s most urgent needs.”

Maenza and Bhargava urged the Iraqi government to provide safe and free movement for displaced Yazidi families to travel between the camps; to achieve for the Yazidis justice that reflects the violence and trauma that their community experienced; and to facilitate distribution of U.S. and other international aid to Yazidis and minority communities hardest hit by religious intolerance in Iraq.

“It is time for families driven out by persecution and violence to return home and resume their rightful and central place in the rich fabric of Iraq’s economic, political and social life,” said Bhargava. “The Yazidi community must be accorded justice and compensation in a manner that upholds their dignity, respects their religious identity and promotes peace.”

USCIRF Chair Tony Perkins added, “The entire Commission continues to stand with the Yazidi community and will continue to advocate on their behalf until they are able to safely return to their communities, freely practicing their faith.”

In its 2019 Annual report, USCIRF listed Iraq as a Tier 2 Country for engaging in or tolerating violations of religious freedom that meet at least one of the elements of “systematic, ongoing, egregious” standard for designation as a “country of particular concern” (CPC) under the International Religious Freedom Act.