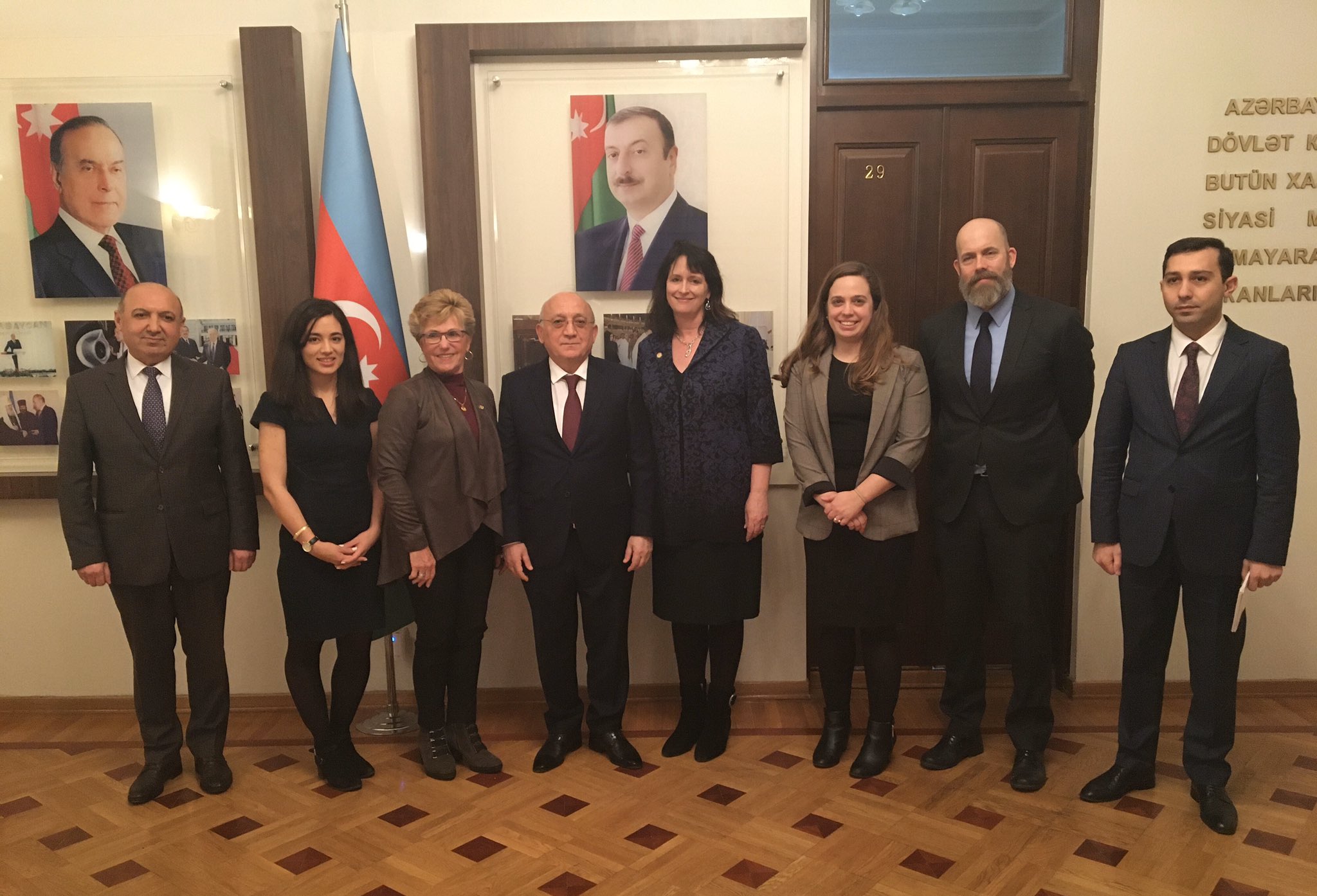 USCIRF Vice Chair Gayle Manchin said, “We are encouraged to see that Azerbaijan’s State Committee on Religious Associations has taken some promising first steps to allow the country’s many religious communities to more freely and fully practice their religion and beliefs. The last year’s precipitous decline in police raids and other forms of harassment of unregistered religious communities – up until recently a hallmark of religious freedom violations in Azerbaijan – signifies an important move in the right direction that we hope the government will codify into law. We welcomed last year President Ilham Aliyev’s decision to pardon a number of political and religious prisoners, and hope that additional religious prisoners will be released for the coming Novruz holiday later this month.”

USCIRF Vice Chair Nadine Maenza added, “Azerbaijan has taken great pride in its history of multiculturalism and religious tolerance and should bolster those deserving values by ensuring that religious freedom is truly a reality for all. Current provisions of the religion law that mandate the registration of religious organizations in order to engage in worship or other religious practices, limit religious activity to a religious organization’s registered legal address, and require state approval for all religious literature should be amended to comply with international standards. Finally, as guaranteed in the constitution of Azerbaijan, the government should adopt an alternative service and permit conscientious objection for those citizens for whom military service conflicts with the tenets of their beliefs.”

USCIRF will issue its detailed findings from the visit and recommendations for U.S. policy when it releases its 2020 Annual Report on April 28. USCIRF has placed Azerbaijan on its Tier 2 list of countries for engaging in or tolerating religious freedom violations that meet at least one of the elements of the “systematic, ongoing, egregious” standard for designation as a “country of particular concern” since 2013.