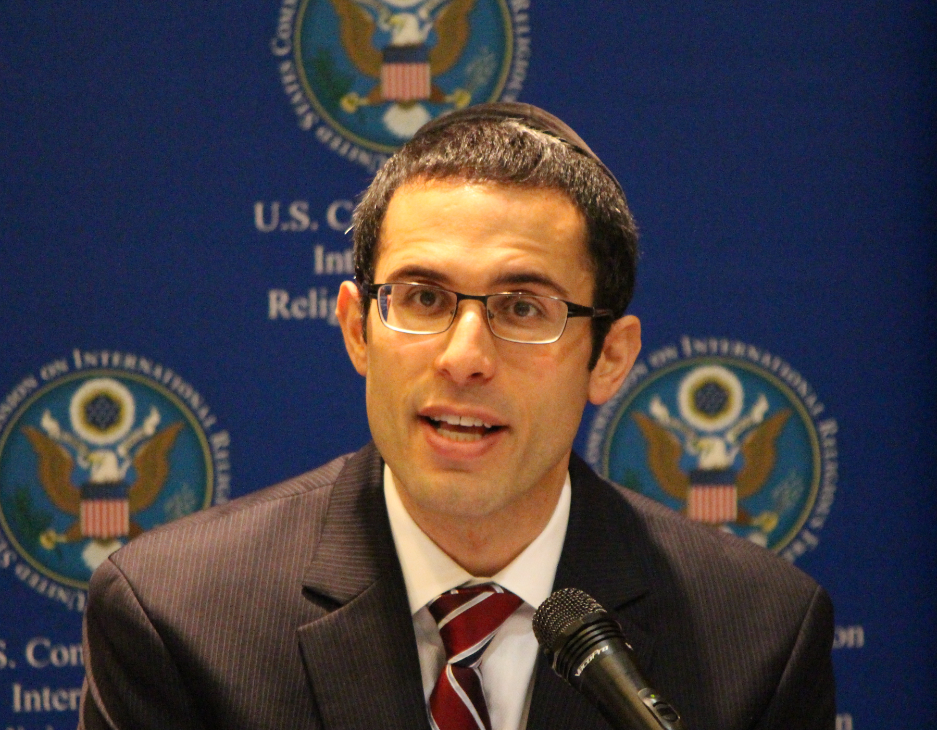 WASHINGTON, DC – Today, the U.S. Commission on International Religious Freedom (USCIRF) elected Daniel Mark as the Commission’s new chairman.  Dr. Mark is an assistant professor of political science at Villanova University and battalion professor for Villanova’s Navy ROTC unit. For the 2015-16 academic year, Dr. Mark was on sabbatical from Villanova as a visiting fellow in the Department of Politics at Princeton University under the sponsorship of the department’s James Madison Program in American Ideals and Institutions. Chairman Mark was appointed to the Commission in 2014 by then Speaker of the House John Boehner (R-OH-8) and re-appointed in 2016 by Speaker Paul Ryan (R-WI-1).

In response to his election, Chairman Mark said, “I am greatly honored by the confidence shown in me by my fellow commissioners.  The coming year will bring us even greater challenges to the freedom of religion or belief abroad.  I look forward to enhancing USCIRF’s role and voice in monitoring violations and recommending ways U.S. policy can play an even stronger role.”

In addition to the position of chairman, the Commission also elected its two vice chairs:  Sandra Jolley and Kristina Arriaga.  Vice Chair Jolley was appointed in 2016 by then Senator Harry Reid (D-NV) and Vice Chair Arriaga was appointed by Speaker of the House Paul Ryan also in 2016.

In commenting on their election, Chairman Mark said, “I very much look forward to working with our two new vice chairs.  Vice Chairs Jolley and Arriaga have shown a personal and professional dedication to international religious freedom that will inspire our Commission to greater heights over the coming year. And I want to thank Father Reese for his outstanding service as chair over the past year.”

The U.S. Commission on International Religious Freedom is an independent, bipartisan U.S. federal government commission, the first of its kind in the world. USCIRF reviews the facts and circumstances of religious freedom violations and makes policy recommendations to the President, the Secretary of State, and Congress. USCIRF Commissioners are appointed by the President and the Congressional leadership of both political parties. To interview a Commissioner, please contact USCIRF at Media@USCIRF.gov or John D. Lawrence, Director of Communications (JLawrence@USCIRF.gov/+1-202-786-0611).