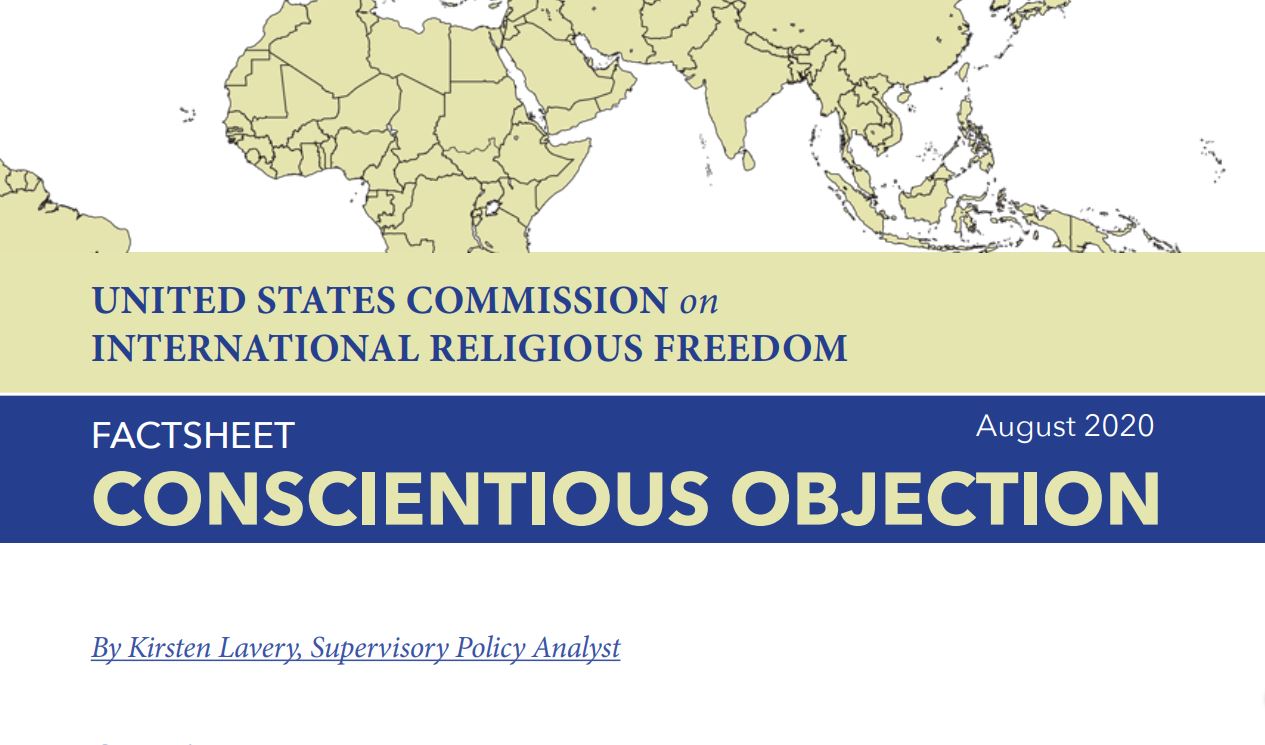 Washington, DC – The United States Commission on International Religious Freedom (USCIRF) today released the following new legislation factsheet about conscientious objection, which is the right to refuse military service based on religious beliefs:

In its 2020 Annual Report, USCIRF condemned the treatment of conscientious objectors in Eritrea, Turkmenistan, and Azerbaijan.

In October 2019, USCIRF launched its FoRB Victims List, a database that collects information on states and entities that USCIRF has recommended for designation as “countries of particular concern,” “entities of particular concern,” or countries on the “Special Watch List.” This database includes several victims that are imprisoned for conscientious objection, including Bahtiyar Atahanov and Jovidon Bobojonov, whose cases are highlighted in the factsheet.