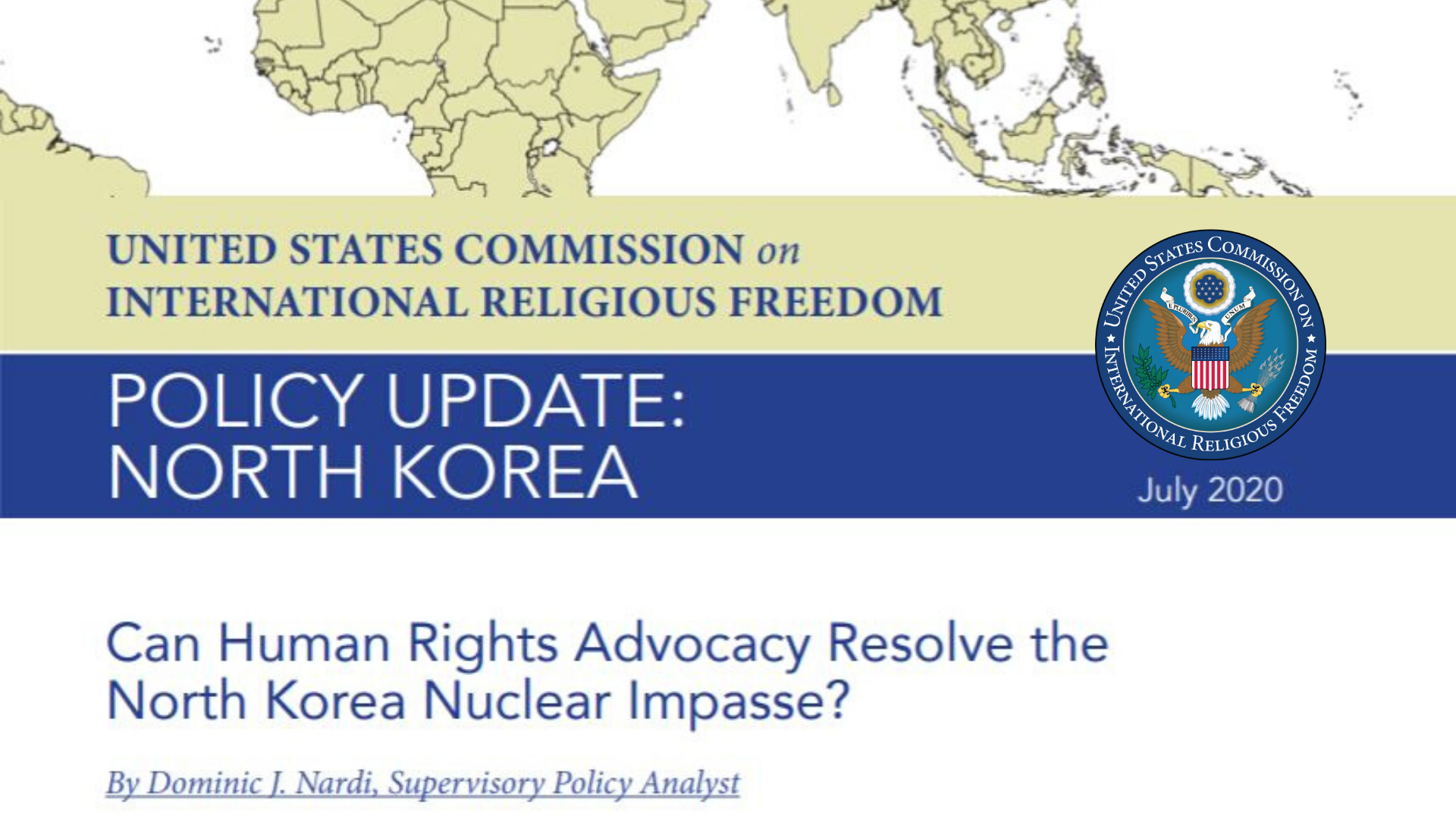 North Korea Policy Update: Religious freedom conditions in North Korea remain among the worst in the world, yet the U.S. government for decades has tended to prioritize security concerns over human rights rather than integrating the two issues as part of a package. This policy update presents a new approach, loosely modeled on the 1975 Helsinki Accords, that treats U.S. security and human rights objectives as complementary rather than contradictory. USCIRF recommends that U.S. negotiators accept a freeze on North Korea’s development of nuclear weapons and missiles—rather than full denuclearization—in return for greater transparency and promises to respect human rights. Such a deal could prevent the security situation on the Korean Peninsula from further deteriorating, while at the same time laying the groundwork for gradual improvements in religious freedom in the country. The policy update highlights applicable lessons from the negotiation and implementation of the Helsinki Accords.

In its 2020 Annual Report, USCIRF recommended the U.S. government to redesignate North Korea as a “country of particular concern” for engaging in systematic, ongoing, and egregious religious freedom violations, as defined by the International Religious Freedom Act.

USCIRF advocates for the release of Zhang Wen Shi, a Protestant deacon who was kidnapped from China by North Korean agents in November 2014, through the Religious Prisoners of Conscience Project.