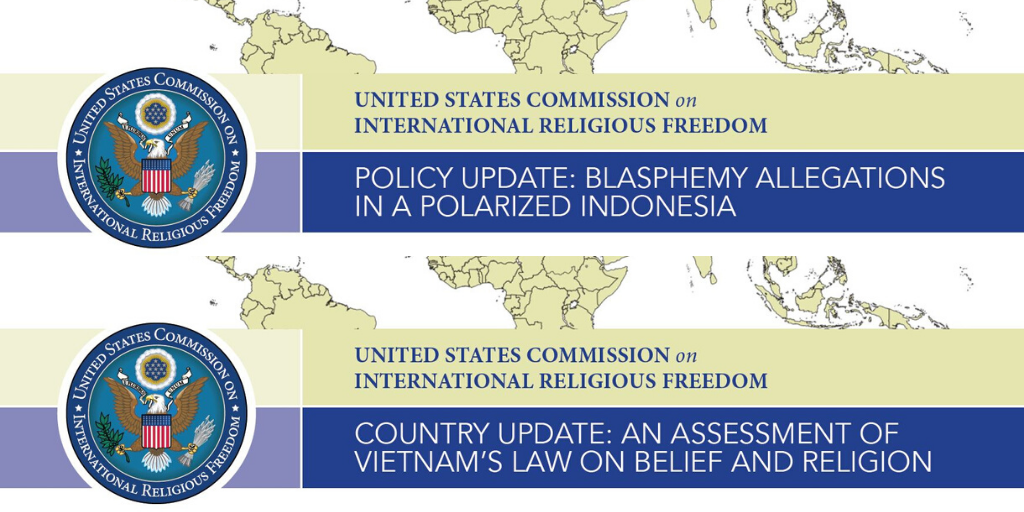 Vietnam Country Update – This is a report about the implementation of Vietnam’s Law on Belief and Religion based on information obtained during a September 2019 USCIRF Commissioner Delegation visit. It explains how the mandatory registration process and the complicated approval processes under the law have impeded the ability of some religious groups to practice their faith.

In its 2019 Annual Report, USCIRF recommended that the U.S. Department of State designate Vietnam as a “country of particular concern” (CPC) under the International Religious Freedom Act due to its systemic, ongoing and egregious violations of religious freedom. USCIRF placed Indonesia on its Tier 2 list for violations that meet one or two of these classifications.