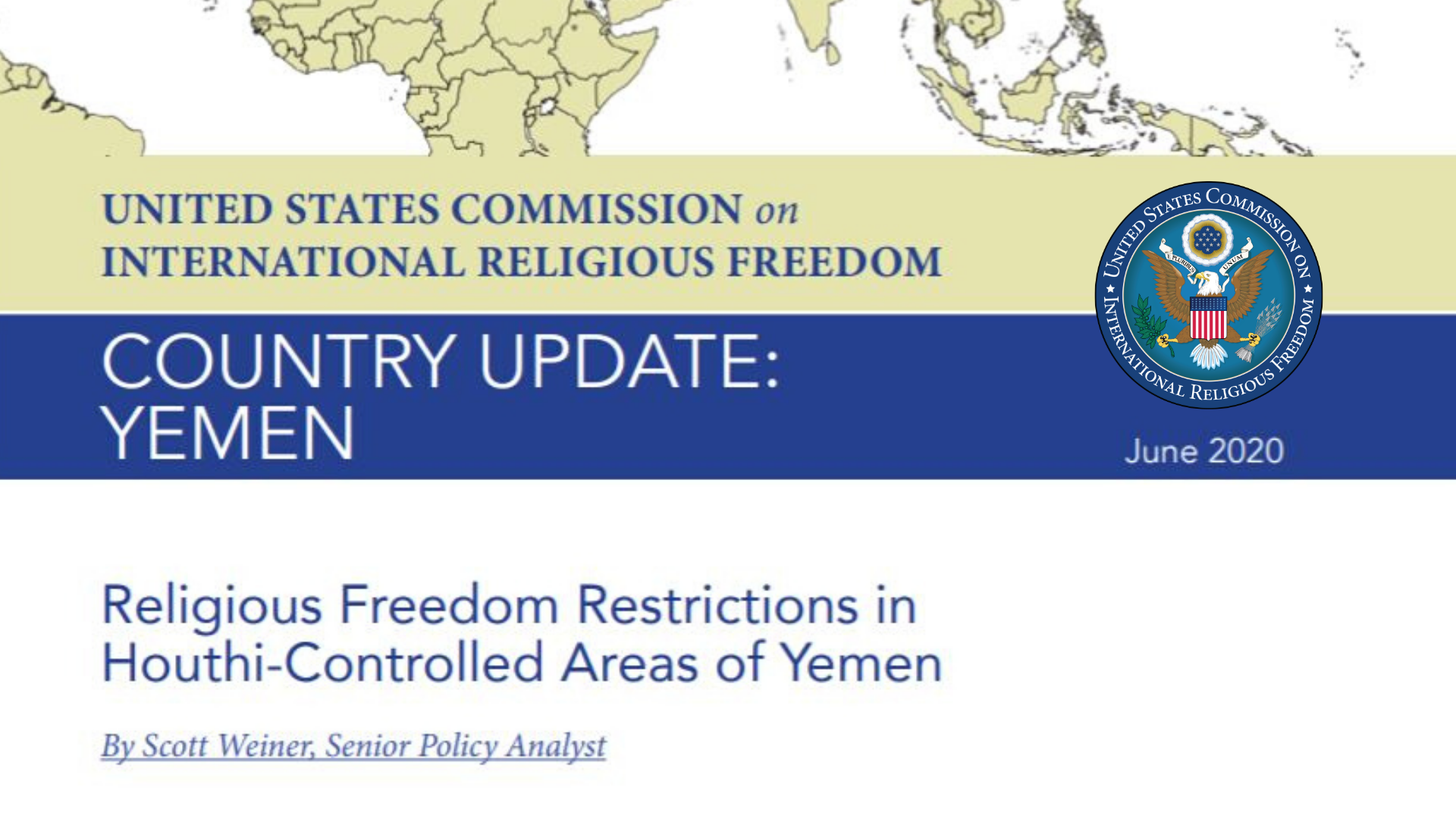 Yemen County Update: This country update reviews religious freedom violations across several communities in Yemen and recommends more proactive U.S. policy to preserve these freedoms. Since capturing the Yemeni capital Sana’a in 2014, the Houthis have harassed and threatened Sunni Muslims, Christians, Jews, Hindus, and members of other faith communities.  Many members of these communities have fled Yemen out of a fear for their lives. Baha’is remaining in Yemen are at a particularly elevated risk. Houthi authorities announced in March that all six detained members of the Baha’i community, including USCIRF religious prisoner of conscience Hamid bin Haydara, would be released. However, these prisoners remain incarcerated and at a high risk of contracting COVID-19.

In its 2020 Annual Report, USCIRF recommended the State Department designate the Houthis an “Entity of Particular Concern” for systematic, ongoing, and egregious religious freedom violations.