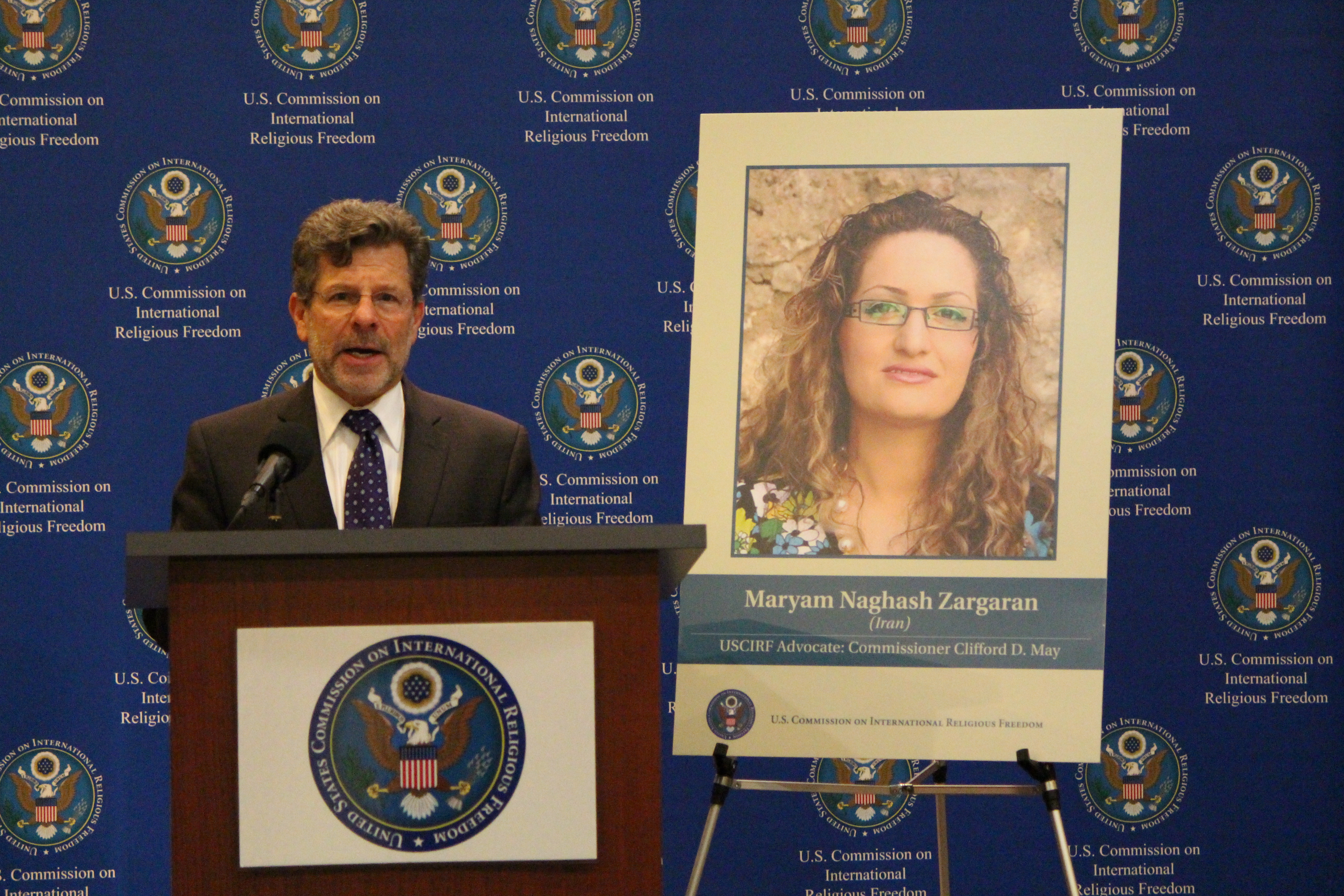 WASHINGTON, D.C. – The U.S. Commission on International Religious Freedom (USCIRF) welcomed the release of Iranian religious prisoner of conscience Maryam Naghash Zargaran. A Christian convert from Islam, Ms. Zargaran was sentenced in 2013 to four years’ imprisonment on charges of “propagating against the Islamic regime and collusion intended to harm national security.” Her sentence appeared to be in connection with her work at an orphanage alongside Iranian-American Christian pastor Saeed Abedini.

“Maryam Naghash Zargaran suffered unjustly in prison for more than four years simply due to her Christian faith.  And while detained, she did not receive the proper medical treatment for her serious health conditions,” said USCIRF Commissioner Clifford D. May, who has advocated in support of Ms. Zargaran. “Instead of imprisoning her, the Iranian government should have honored her for her contributions to society.  Maryam’s case exemplifies how the government criminalizes Iranian Christians’ expression of their faith and its flagrant disregard for religious freedom and human rights.”

Commissioner May took up Ms. Zargaran’s case as part of USCIRF’s Religious Prisoners of Conscience Project. Through this project, Commissioners work for the release of individuals who have been imprisoned for their religious beliefs, practices, advocacy, or identity and highlight the laws and policies that led to their imprisonment.

Since 1999, USCIRF has recommended, and the State Department has designated, Iran as a “country of particular concern,” or CPC, for its systematic, ongoing, and egregious religious freedom violations. Severe violations targeting religious minorities – especially Baha’is, Christian converts, and Sunni Muslims – continue unabated. Since President Hassan Rouhani was first elected in 2013 and re-elected in May 2017, the number of individuals from religious minority communities who are in prison because of their beliefs has increased.

"The Iranian government must stop targeting religious minorities and must release all religious prisoners of conscience," said USCIRF Chairman Daniel Mark.  “The United States must continue to speak publicly and frequently at the highest levels about the severe religious freedom abuses taking place in Iran. The U.S. should hold accountable Iranian government agencies and officials who perpetrate severe religious freedom violations. Our government should use all available tools against such perpetrators, including freezing their assets and denying them visas."

For more information, please see the chapter on Iran in USCIRF’s 2017 Annual Report.  Read the chapter in Persian here.