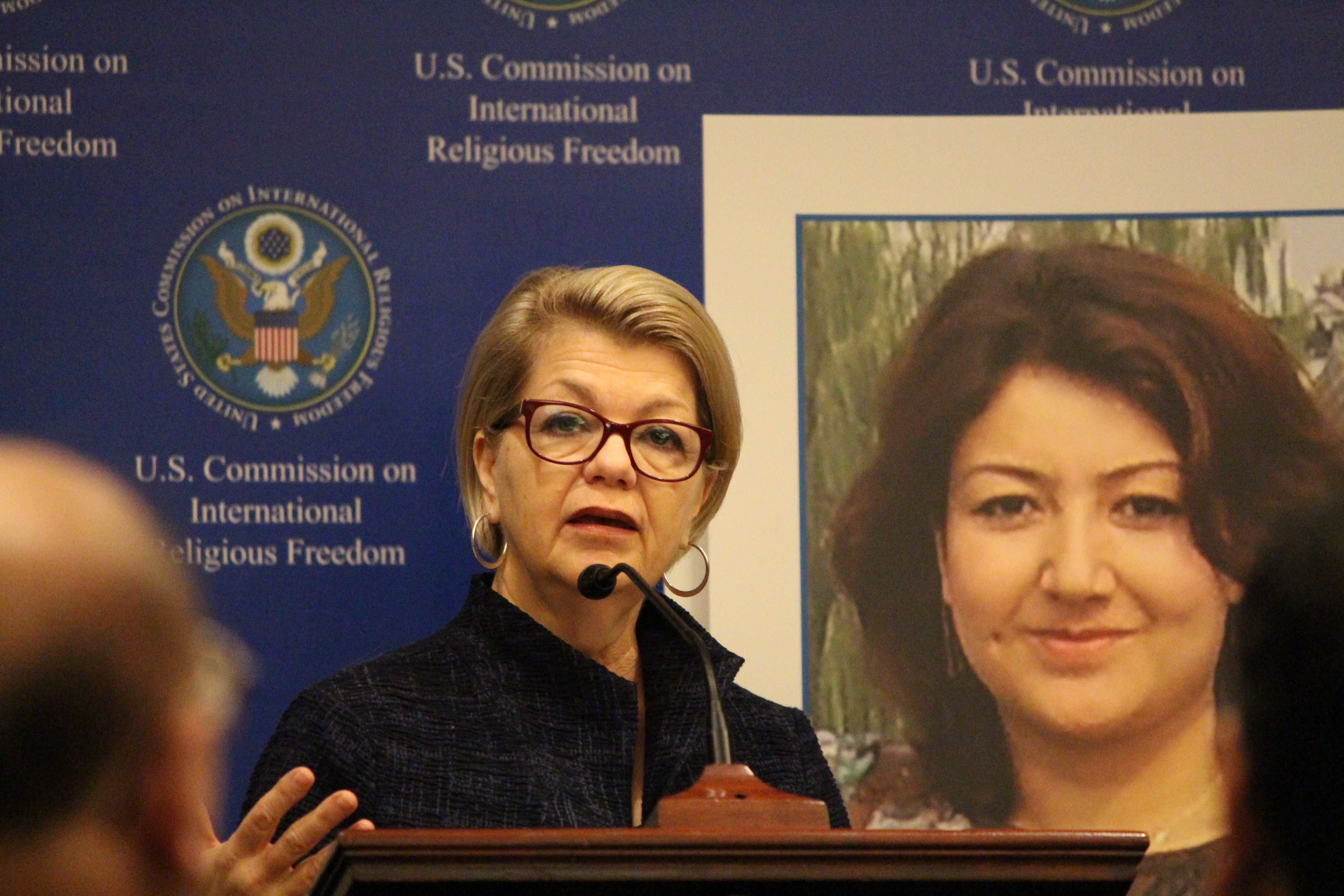 I write to you as July 14th comes to an end.  On that day eight years ago, as you know all too well, Chinese government officials arrested you.  While this open letter may never reach you, I want you to know that as a Commissioner on the U.S. Commission on International Religious Freedom, I am ardently advocating on your behalf.  Whenever I look at the face of my daughter, who is only a few months older than you, I think of the injustice of your imprisonment and feel my resolve grow even stronger to help see that you are released.

You are in prison unjustly, serving a life sentence on false charges of “splittism,” leaking state secrets, and organizing an illegal demonstration.  Your only “crime” is being a young leader of the Uighur Muslim community who, along with other members of your community, peacefully protested the deaths of Uighur migrant workers in Guangdong Province. Your family was not even notified of your arrest.  They feared that you had been killed until they saw you in prison garb in a TV documentary about the demonstrations.

I am deeply concerned about the Chinese government’s increasing restrictions on members of the Uighur Muslim community.  These restrictions reflect a tragically wrong and flawed policy. Instead of respecting Uighur Muslims’ freedom of religion or belief, the government unacceptably represses your community, targeting many under the rubric of countering what it alleges to be religious and other violent extremism.  Instead of welcoming you into a pluralistic fabric of Chinese community life, the government marginalizes, persecutes, and represses you and other Uighur Muslims.

As I advocate for your freedom, I think of my own family and community and the agony I would feel if I were separated from them.  Gulmira, I hope you stay strong.  I am committed to working on your behalf so that you can be reunited with your family and community. I look forward to the day when you are free.

Sandra Jolley is the Vice Chair at the U.S. Commission on International Religious Freedom (USCIRF). USCIRF is an independent, bipartisan U.S. federal government commission, the first of its kind in the world. USCIRF reviews the facts and circumstances of religious freedom violations abroad and makes policy recommendations to the President, the Secretary of State, and Congress. USCIRF Commissioners are appointed by the President and the Congressional leadership of both political parties. To interview a Commissioner, please contact USCIRF at Media@USCIRF.gov or John D. Lawrence, Director of Communications (JLawrence@USCIRF.gov/+1-202-786-0611).

USCIRF’s Religious Prisoners of Conscience Project highlights the plight of individuals who have been imprisoned for their religious beliefs, practices or identity.