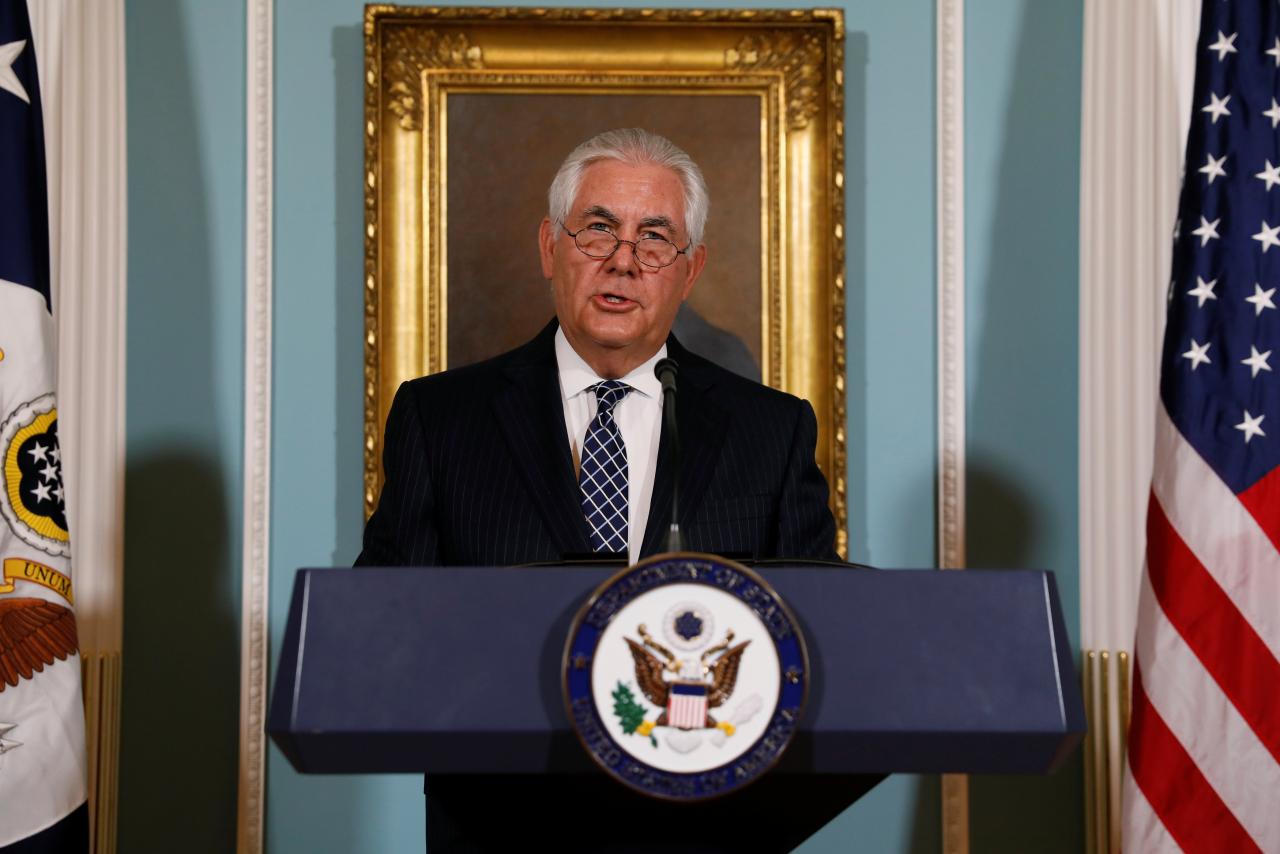 WASHINGTON, DC – The U.S. Commission on International Religious Freedom (USCIRF) commended the State Department for its release of its annual International Religious Freedom Report. Covering 2016, this publication documents religious freedom conditions in almost 200 countries, including some of the most repressive governments in the world. The full text of the report may be found here and at www.state.gov.

When announcing the report’s release, Secretary of State Rex Tillerson stated that religious freedom is a “core American value…and universal human right,” commenting further that it is a “human rights priority” for the Trump Administration. The report states that “The United States promotes religious freedom as a moral imperative. As importantly, we promote religious freedom because countries that effectively safeguard this human right are more stable, economically vibrant, and peaceful. The failure of governments to protect this right breeds instability, terrorism, and violence.”

Welcoming the report’s release, USCIRF Chairman Daniel Mark remarked, “The State Department’s report is an important resource on religious freedom conditions globally. In particular, we strongly support Secretary Tillerson’s comments about genocide. He expressed unequivocally that ISIS is responsible for genocide against Yezidis, Christians, and Shi’a Muslims. Such a strong and clear statement is both needed and appropriate. We applaud the Secretary of State for reaffirming this position.”

In USCIRF’s 2017 Annual Report, the Commission recommended to the White House and the State Department that 16 countries be designated as “countries of particular concern” (CPC). CPCs are those countries that perpetrate or tolerate “systematic, ongoing, and egregious” violations of religious freedom.

The nations USCIRF recommended as CPCs include: Burma, Central African Republic, China, Eritrea, Iran, Nigeria, North Korea, Pakistan, Russia, Saudi Arabia, Sudan, Syria, Tajikistan, Turkmenistan, Uzbekistan, and Vietnam. This year marks the first time that USCIRF has recommended Russia as a CPC, due to its continued religious freedom violations both inside Russia and in neighboring Ukraine and Crimea.

By law, the State Department has 90 days after it issues its report to designate countries of particular concern. In 2016, the State Department designated 10 of USCIRF’s recommendations as CPCs. USCIRF calls on the White House and Secretary Tillerson to re-designate those 10 countries CPCs, and also to designate the Central African Republic, Nigeria, Pakistan, Russia, Syria, and Vietnam.

Beyond the CPC recommendations, USCIRF’s report listed an additional 12 countries that warrant continued close attention even though their religious freedom violations did not meet the CPC standard. These “Tier 2” countries are: Afghanistan, Azerbaijan, Bahrain, Cuba, Egypt, India, Indonesia, Iraq, Kazakhstan, Laos, Malaysia, and Turkey. Likewise, the State Department now has 90 days during which it will lay out criteria for creating a “special watch list” of countries with religious freedom violations that fall below the CPC level.

USCIRF Chairman Mark said, “USCIRF’s Tier 2 list is a good place for the State Department to start when compiling its special watch list. We look forward to working with the Department on countries of particular concern, entities of particular concern, and the special watch list. We also hope that the Senate swiftly confirms Governor Sam Brownback as the Ambassador-at-Large for International Religious Freedom when it reconvenes in September.”

Pursuant to the 2016 Frank R. Wolf International Religious Freedom Act, this year, for the first time, USCIRF recommended three groups be designated as “entities of particular concern” (EPCs). They are the Islamic State of Iraq and Syria (ISIS) in Iraq and Syria; the Taliban in Afghanistan; and al-Shabaab in Somalia. An EPC is a non-state actor that is “a non-sovereign entity that: 1) exercises significant political power and territorial control; 2) is outside the control of a sovereign government; and 3) often employs violence in pursuit of its objectives.”