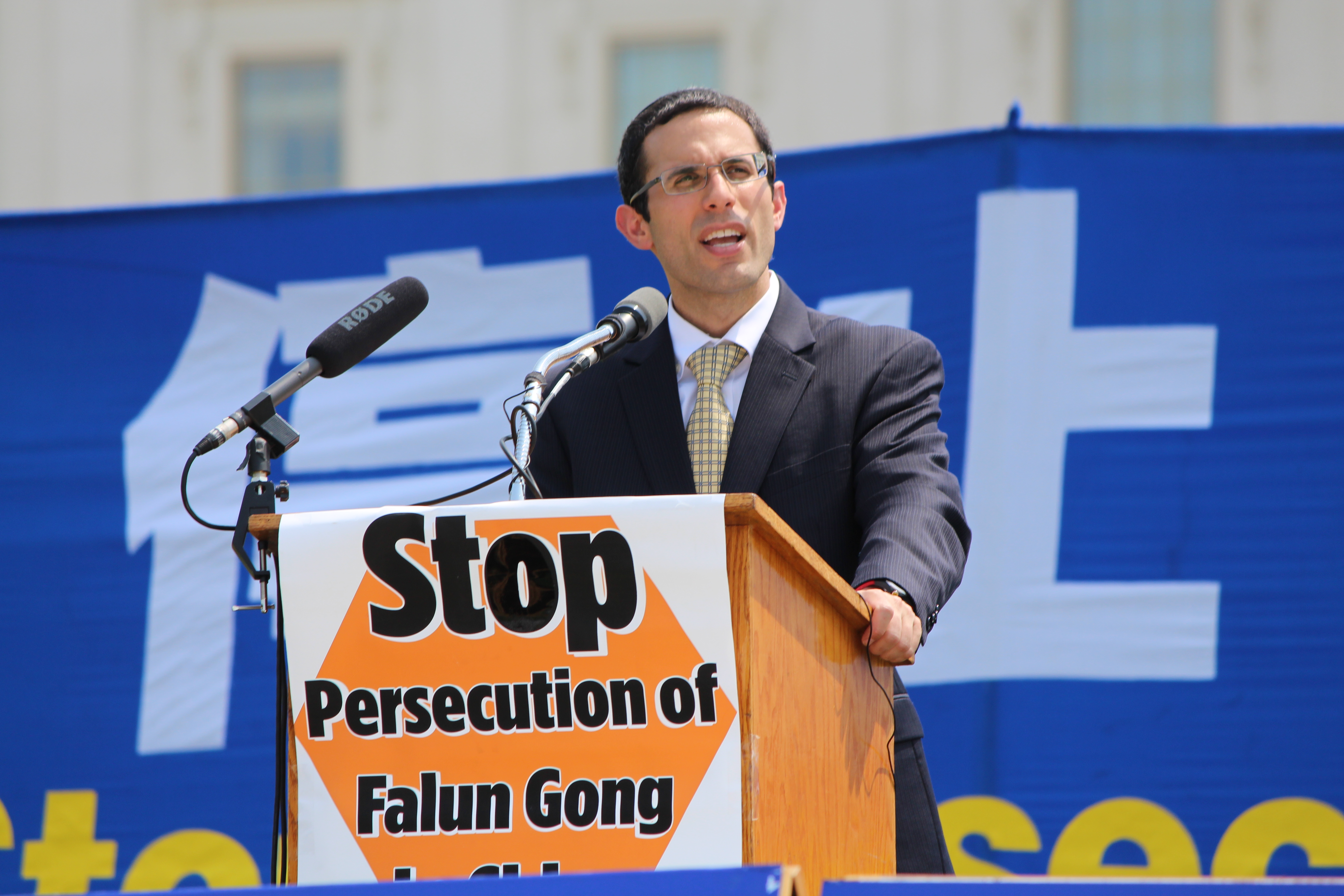 Good afternoon, everyone. Thank you to the Falun Dafa Association of Washington, DC, for organizing this event and inviting me, and thank you all for being here.

My name is Daniel Mark, and I am the chairman of the US Commission on International Religious Freedom, or USCIRF for short. On behalf of the commission, I want to thank you again for the honor of allowing me to speak today. USCIRF has been honored to speak at this event in years past, and I am proud to join you here today.

One of the most profound aspects of serving at USCIRF is meeting face to face with individuals whose religious freedom has been denied. Two years ago, while traveling in Vietnam on a commission visit, I met with Falun Gong practitioners abused by their government and denied their rights.

For many years, we have also worked with ZHUR-wen WONG and his family. Imprisoned for fifteen years, tortured, and in bad heath, this poor man should be allowed to leave China immediately for medical treatment and should be reunited with his family.

It was eighteen years ago today that the Chinese government conducted sweeping arrests of Falun Gong members. This happened just days after the formation of the infamous Six-Ten Office. As we all know, the goal of this office was simply to wipe out the Falun Gong.

Our CPC recommendation is based on many facts, which you all know much better than I:

Falun Gong practitioners are routinely detained, and too many are never heard from again.

Although the “reeducation through labor” system was supposedly stopped in 2014, we know that there are many other ways for the Chinese government to illegally detain Falun Gong practitioners.

When they are detained, Falun Gong adherents are tortured in attempts to get them to renounce their faith.

And, of course, the unspeakable practice of harvesting organs from Falun Gong prisoners continues.

China is truly one of the worst violators of religious freedom in the world today. So what we need now from our government here in the US is not just words, not just a CPC designation, but also action. We need the president, State Department, and Congress to act pursuant to that designation and send a clear message to China that the US will not tolerate the persecution of the Falun Gong or anyone else.

We at USCIRF know that the World Organization to Investigate the Persecution of the Falun Gong has compiled a list more than 76,000 perpetrators of abuses against Falun Gong practitioners. Many of these are Chinese government officials or are affiliated with the government.

I know you are all here to make sure that Congress hears your voice loud and clear. And you should do so confidently. Congress understands your plight and supports your cause. We must thank them for what they have done and ask them to do more.

Thanks to Congress we have new tools to go after people who commit the kinds of abuses that the Falun Gong have suffered in China.

For example, the Global Magnitsky Human Rights Accountability Act empowers the US government to target individual officials, not just whole governments, who abuse religious freedom. We want to make it harder for people to hide the persecution, and we want there to be a price for their abuses.

Please continue your fight. And please keep USCIRF informed of what you learn and of your activities. We rely on good people such as you to help us stay fully informed about religious freedom abuses and religious prisoners of conscience around the world. USCIRF stands with you in your quest for the freedom to practice your beliefs in China and anywhere else. I pray that God will continue to bless all of us in this important work.