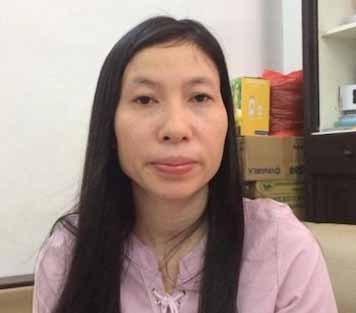 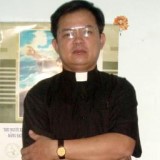 Detained Since: April 28, 2011. Pastor Chinh was released from prison on July 28, 2017, almost six years before the end of his sentence. The Vietnamese government released him on the condition that he immediately leave the country in exile.  He and his family now reside in the United States.

Biography: Nguyen Cong Chinh is an evangelical pastor originally from the Quang Nam province, and has lived in the Central Highland provinces of Kon Tum and Gia Lai since 1985.  He is a long-time pro-democracy activist and critic of the Vietnamese government’s ban on preaching in the Central Highlands. He is also the founder of the Vietnamese People’s Evangelical Fellowship, a charitable organization that ministers to ethnic minority communities in the central highlands, including ethnic minority prisoners and their families.  He and his wife, Mrs. Tran Thi Hong, a Lutheran member of the Vietnamese Women for Human Rights organization, have five children.

In 2011, Pastor Chinh was imprisoned on false charges of undermining national solidarity.Prison authorities reportedly have physically and verbally abused him, and he spent approximately one month in solitary confinement. His health was rapidly declining: he suffers from high blood pressure, acute nasal sinusitis, arthritis, and stomach inflammation and was denied treatment or access to medication.

While the Vietnamese government has unjustly imprisoned Pastor Chinh, they also harass his wife, Mrs. Tran Thi Hong, monitoring her closely, sealing up her house, and preventing her from meeting with her husband or procuring medicine for her sick daughter.  On March 30, 2016, local authorities violently prevented Mrs. Hong from meeting with then U.S. Ambassador-at-Large for International Religious Freedom David Saperstein.  Although she eventually was able to meet with the Ambassador, she suffered for this meeting: she endured a beating which left her with injuries to her head, knee, leg, hand, and foot. This visit was followed by a three-day interrogation during which Mrs. Train Thi Hong was pressured to sign a document stating that her meeting with the Ambassador was illegal and that she was a member of an illegal and subversive church due to her Lutheran faith. After refusing to sign, she was abused for four hours by female officers.