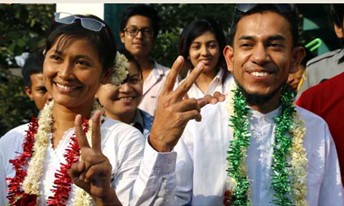 Detained Since: July 14, 2015 (Zaw Zaw Latt) and July 19, 2015 (Pwint Phyu Latt). Zaw Zaw Latt and Pwint Phyu Latt were released on May 24, 2017. They were two of 259 prisoners released in a presidential amnesty to mark the beginning of the Union Peace Conference, also known as the 21st Century Panglong Conference.

Charges: Violating Article 13(1) of the Immigration (Emergency Provisions) Act, for purportedly crossing the Burma-India border; Violating article 17(1) of the Unlawful Associations Act for their 2013 visit to Kachin State

Biographies: Zaw Zaw Latt and Pwint Phyu Latt are two Muslim interfaith peace advocates who have been imprisoned since 2015. The two participated in an interfaith peace trip in June 2013 to the headquarters of the Kachin Independence Army (KIA), during which they delivered a Christian cross and a statue of Buddha as signs of peace. In April 2014, they traveled to Chin State on a humanitarian relief mission, taking pictures at the Burma-India border, a crossing that they stated immigration officers had approved.  Nearly two years after their interfaith trip, the Buddhist nationalist group Ma Ba Tha began pressuring the Burmese government to detain them, alleging that both had promoted “inter-religious mating,” insulted Buddhism, and collaborated with the Kachin Independence Army.

The two were arrested in July 2015. After a six-month trial, both were convicted under article 13(1) of the since-repealed Immigration (Emergency Provisions) Act for allegedly crossing the Burma-India border, and sentenced to two years in prison. On April 8, 2016, the day in which the government amnestied more than 100 prisoners, both advocates were charged with violating article 17(1) of the Unlawful Associations Act due to their 2013 visit to Kachin State, for which they were convicted and sentenced to two additional years in prison with hard labor.

Despite the repeal of the Emergency Provisions Act under which Zaw Zaw Latt and Pwint Phyu Latt were initially sentenced, neither have been released nor had their sentences reduced. 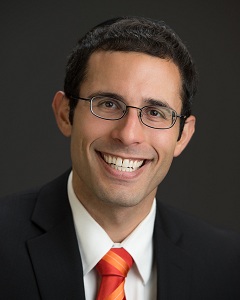