Policy Update - Flawed But Redeemable: ASEAN’S Record on Freedom of Religion or Belief 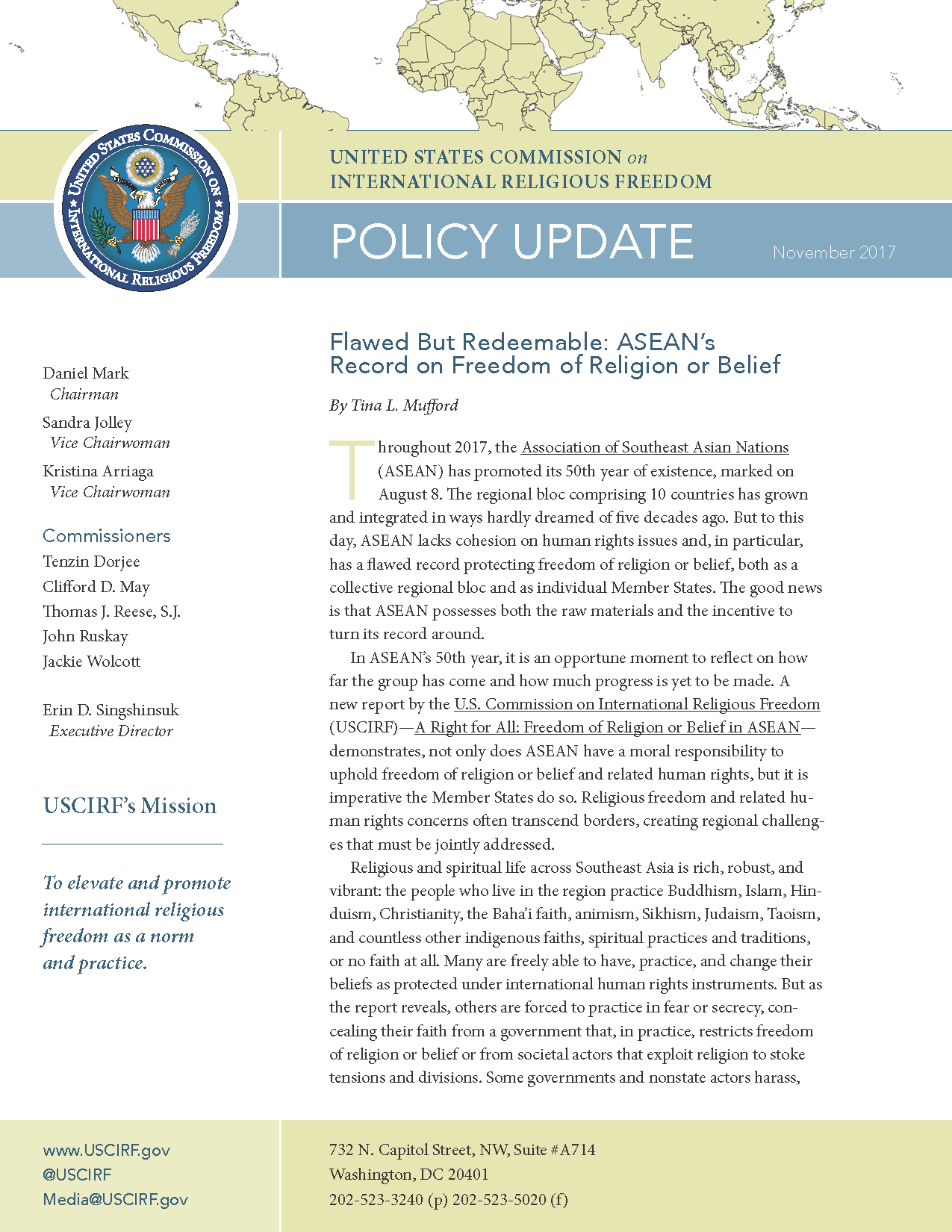 Read the full Policy Update here.
Read the full report, A Right for All:  Freedom of Religion or Belief in ASEAN, here.

Throughout 2017, the Association of Southeast Asian Nations (ASEAN) has promoted its 50th year of existence, marked on August 8. The regional bloc comprising 10 countries has grown and integrated in ways hardly dreamed of five decades ago. But to this day, ASEAN lacks cohesion on human rights issues and, in particular, has a flawed record protecting freedom of religion or belief, both as a collective regional bloc and as individual Member States. The good news is that ASEAN possesses both the raw materials and the incentive to turn its record around.

In ASEAN’s 50th year, it is an opportune moment to reflect on how far the group has come and how much progress is yet to be made. A new report by the U.S. Commission on International Religious Freedom (USCIRF)—A Right for All: Freedom of Religion or Belief in ASEAN—demonstrates, not only does ASEAN have a moral responsibility to uphold freedom of religion or belief and related human rights, but it is imperative the Member States do so. Religious freedom and related human rights concerns often transcend borders, creating regional challenges that must be jointly addressed.