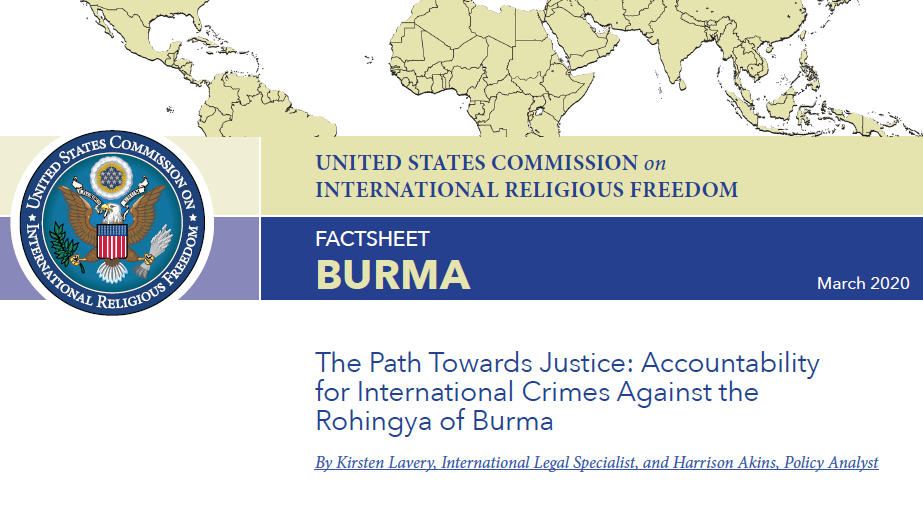 Burma Factsheet - This factsheet provides an overview of the legal accountability processes for alleged international crimes – including genocide and crimes against humanity – committed against the Rohingya in Burma, implications of these actions, and possible outcomes. On January 23, 2020, the International Court of Justice (ICJ) announced provisional measures requiring that the Burmese government must “take all measures within its power” to ensure that the military and any irregular armed units “do not commit acts of genocide” against the Rohingya in Burma. This unanimous decision was the first international court ruling against Burma and a key recognition of the ongoing vulnerability of the Rohingya to genocidal violence by the Burmese government and non-state actors. The ICJ case is being conducted at the same time as a universal jurisdiction case in Argentina and an International Criminal Court (ICC) investigation into Burmese officials’ actions against the Rohingya.

In its 2019 Annual Report, USCIRF recommended that Burma be re-designated as a “country of particular concern” due to its systematic, ongoing, and egregious violations of religious freedom.