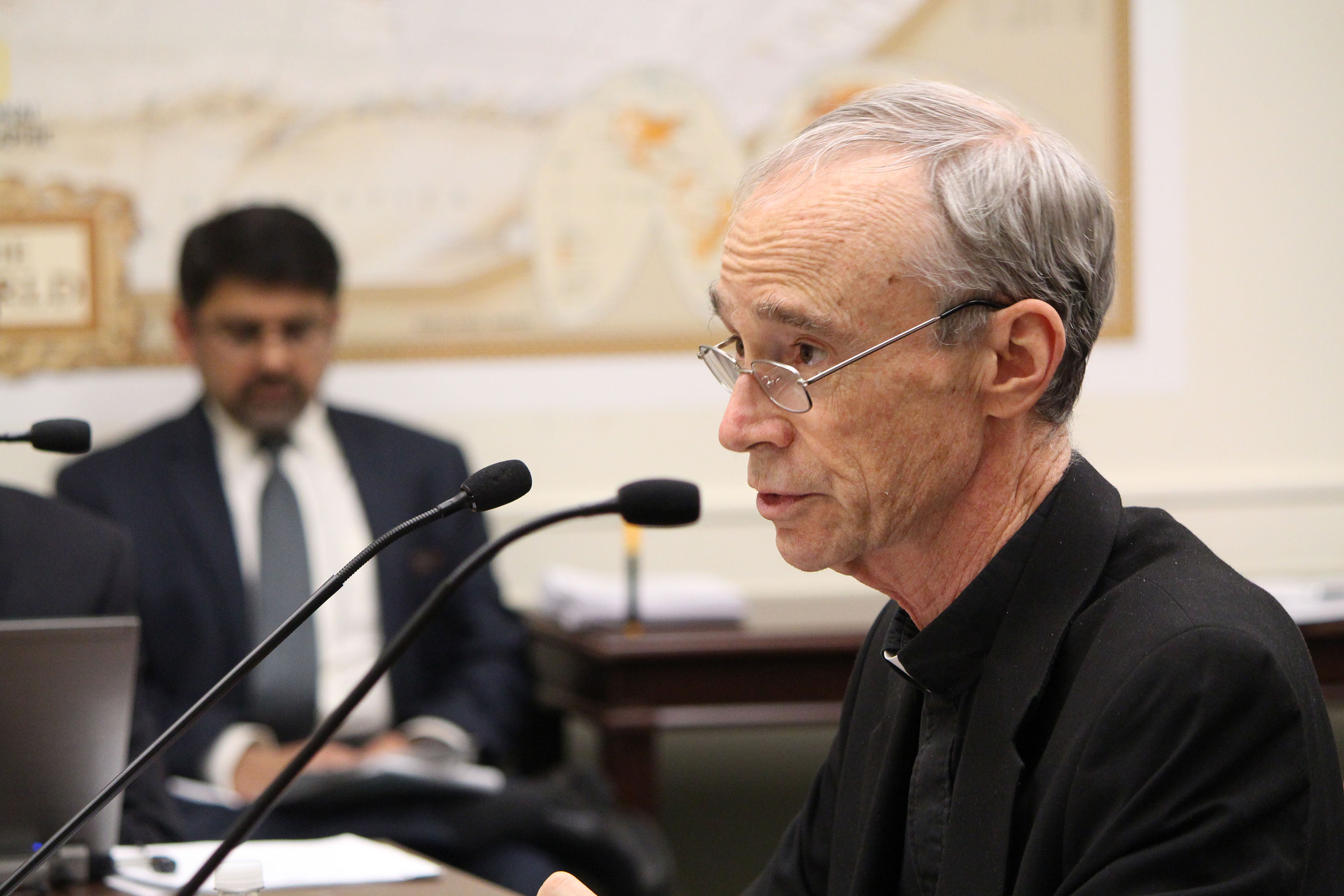 Click here to read Chair Reese's oral testimony (below as prepared for delivery).

Thank you to the Commission’s Co-Chairs, Representatives McGovern and Hultgren, for today’s hearing and inviting me to testify.  I am Father Thomas J. Reese, S.J., Chair of the U.S. Commission on International Religious Freedom (USCIRF).

My written testimony, which I request be submitted for the record, highlights some of the major findings from USCIRF’s 2017 Annual Report, and explores religious freedom’s importance; highlights governments and non-state actors’ actions which result in increased violence; notes encouraging factors, notwithstanding a dire picture; and reviews available tools.

1.     Religious freedom is key to many U.S. foreign policy concerns.

First, religious freedom is a conscience right and a core human right: it is the right to peacefully respond to the dictates of one's conscience on matters of faith and belief.

Second, religious freedom matters to many, with 84% of the world’s population identifying with a religious group, and more than three-quarters living in countries where the government or societal actors significantly restrict this freedom.

Third, many governments and societal actors fear religious freedom as an alternate source of authority.

Such repression from governments can take different forms including:

Non-state actors, such as ISIS, are among the primary perpetrators of egregious abuses, with governments often unable or unwilling to act.

3.     We need to work with new actors and use available tools.

These actors include the International Panel of Parliamentarians for Freedom of Religion or Belief, an informal network of more than 130 parliamentarians worldwide committed to combatting religious persecution and advancing freedom of religion or belief; and the Marrakesh Declaration, convened by activists and interfaith clergy to address the rights of minorities living in Muslim-majority areas of the world.

The Magnitsky Act authorizes the President to impose U.S. entry and property sanctions against any foreign person responsible for gross violations of internationally recognized human rights.

The Wolf Act, among other provisions, mandates the designation of “entities of particular concern,” curriculum/training for Foreign Service Officers, the designated persons list for particularly severe violations of religious freedom, and USCIRF’s prisoners list, whereby USCIRF is required to compile lists of religious prisoners.

The prisoners list mandate underscores the need to continually raise the cases of prisoners of conscience because their plights makes understandable the impact of unjust laws and violence. Kudos to the Tom Lantos Human Rights Commission for the Defending Freedoms Project through which Representatives advocate in support of individual prisoners. USCIRF also has created the Religious Prisoners of Conscience Project whereby Commissioners advocate on behalf of a religious prisoner of conscience.

Another important tool has yet to become law: USCIRF urges the swift passage of H.R. 390, the Iraq and Syria Genocide Emergency Relief and Accountability Act which would promote accountability for ISIS and other organizations’ atrocities and address humanitarian, stabilization, and recovery needs for persecuted religious and/or ethnic minorities.

We face an enormously challenging landscape for freedom of religion or belief abroad. We can and will see constructive change by improving our use of existing tools and creating new tools for a rapidly changing environment. By further integrating this fundamental freedom into our nation’s foreign policy, we can bring genuine progress to those who yearn for freedom.