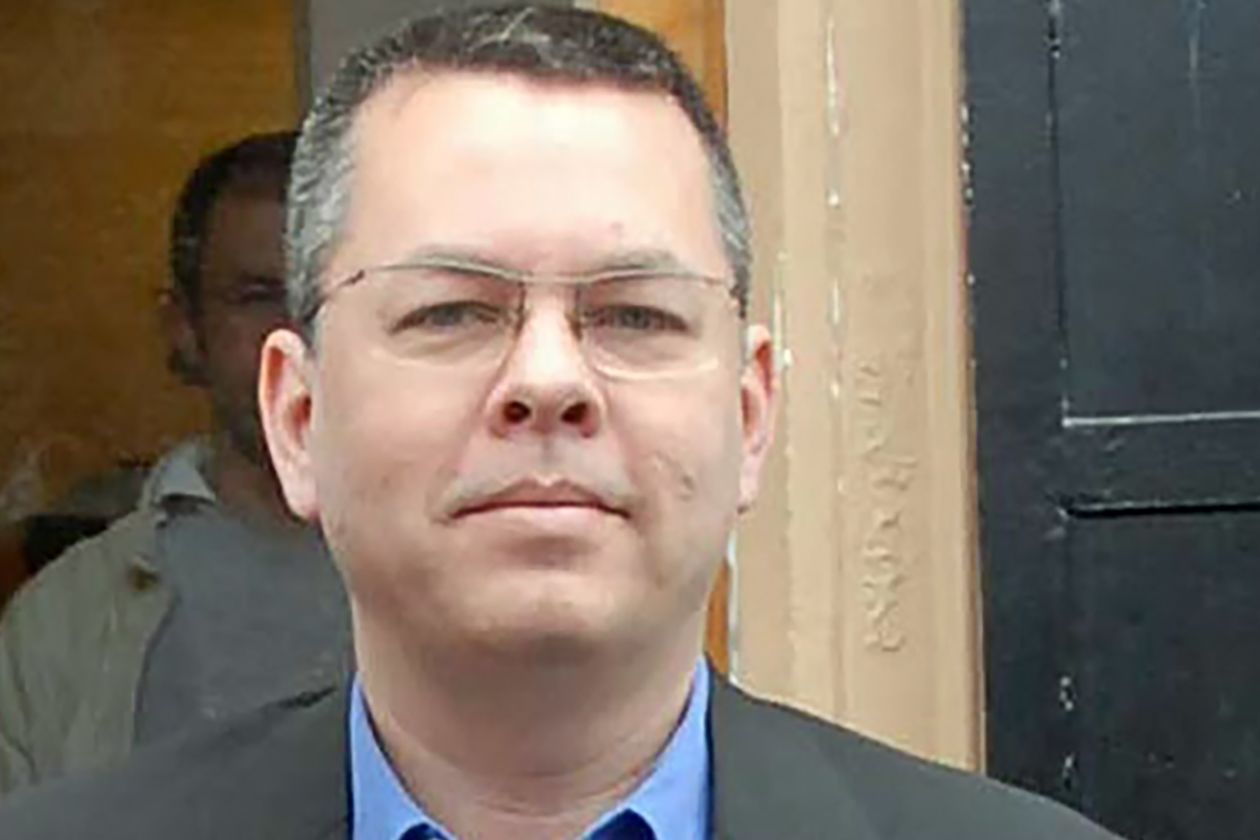 This op-ed originally appeared in the Wall Street Journal.

President Trump tweeted Wednesday evening: “A total disgrace that Turkey will not release a respected U.S. Pastor, Andrew Brunson, from prison. He has been held hostage far too long.” He called on Turkish President Recep Tayyip Erdogan to free the North Carolina native, who has spent more than 600 days behind bars.

Mr. Brunson, a Presbyterian minister, stands accused of aiding the Kurdistan Workers’ Party, a militant terrorist group known by the initials PKK, and supporting Mr. Erdogan’s exiled rival, Fethullah Gülen. The prosecution is calling for 35 years in prison. For the 50-year-old American, who has spent 23 years leading a church in Turkey, that’s effectively a life sentence.

The ordeal started in October 2016. Mr. Brunson received a notice to appear at the local police station in Izmir. He did and hasn’t been home since. After 13 days in detention, authorities placed him in an overcrowded prison cell, where he stayed for several months before he was moved to a more humane cell with only one roommate. He spent more than a year without being charged. Meantime, the government-controlled press ran absurd accounts about his supposed involvement in the 2016 coup attempt against Mr. Erdogan.

American officials started questioning the pastor’s arrest, but Turkey denied the detention had anything to do with his Christianity. Yet in the 62-page indictment, which the prosecution leaked to the press before presenting it to Mr. Brunson’s lawyer, the government alleges that his pastoring had the effect of “dividing and separating [Turkey], by means of Christianization.” The government also alleged that Gülenists and the PKK “misuse persons’ religious beliefs and try to create a synergy that poses a threat to their own government.”

Since the indictment, the government has held three hearings—each more bizarre than the last. Most of the evidence is based on secret testimony obtained by the government. Wednesday’s hearing in Izmir, which I attended, proved as preposterous as the others.

Three judges sat on a raised wood-paneled dais. At a lower level, Mr. Brunson’s attorney stood behind a fixed podium. Witnesses were placed across from the attorney. Sitting on a row of fixed chairs sat Mr. Brunson, who has lost 50 pounds while imprisoned. Behind him, among hundreds of empty chairs, five policemen idled. On the opposite side of the court, Mr. Brunson’s wife watched quietly. She was surrounded by fellow Christian pastors, friends, foreign and local press, and U.S. diplomatic officers.

The judges allowed a single witness for the defense to speak. This was a “concession,” as they had previously said only prosecution witnesses could testify. The judges aided the prosecution witnesses’ recollections by reminding them of their written testimony. When a judge asked one of the witnesses about the names of people involved in activities against Turkey, the witness replied that while he didn’t remember now, he might remember later. The judge accepted this reply.

For two hours the pastor sat straight, serenely listening to people claiming to be members of his church, saying he provided Bibles in Kurdish and kept a map of Kurdistan. None of the judges asked to see evidence, and none was presented.

At noon, a judge asked Mr. Brunson to speak. He replied in Turkish: “My faith teaches me to forgive. I forgive those who testified against me.” The judge loudly objected to this mention of faith and admonished Mr. Brunson to speak on the facts only. The pastor added later: “None of the witnesses heard from my mouth a word that was sympathetic with the PKK.” At the end, a judge announced the next hearing would take place in October.

Mr. Trump’s tweet wasn’t the first plea for Mr. Brunson’s freedom. The White House, the secretary of state and several senators have worked for his release. Last month Sens. Lindsey Graham and Jeanne Shaheen visited Mr. Erdogan and asked him to free the pastor. The Senate version of the National Defense Authorization Act calls for the U.S. government not to sell F-35 jets to Turkey unless Mr. Brunson is released. The United Nations Working Group on Arbitrary Detention recently agreed to take the case. Yet Turkey, a North Atlantic Treaty Organization ally, won’t budge.

Ankara responded to the president’s tweet, claiming that the “Brunson case is a legal process” and “Turkey is a state of law.” This simply isn’t true. Since the coup attempt, Mr. Erdogan has initiated a rapid crackdown on civil liberties, religious freedom among them. Turkey’s Constitution provides for freedom of belief and worship, along with the personal right to share religious ideas.

But as Mr. Brunson’s case shows, religious freedom has become a nominal right in Turkey. Such a blatant contradiction between Turkey’s Constitution and its conduct should give pause to anyone considering traveling to or doing business in Turkey.

Ms. Arriaga is vice chairwoman of the U.S. Commission on International Religious Freedom.