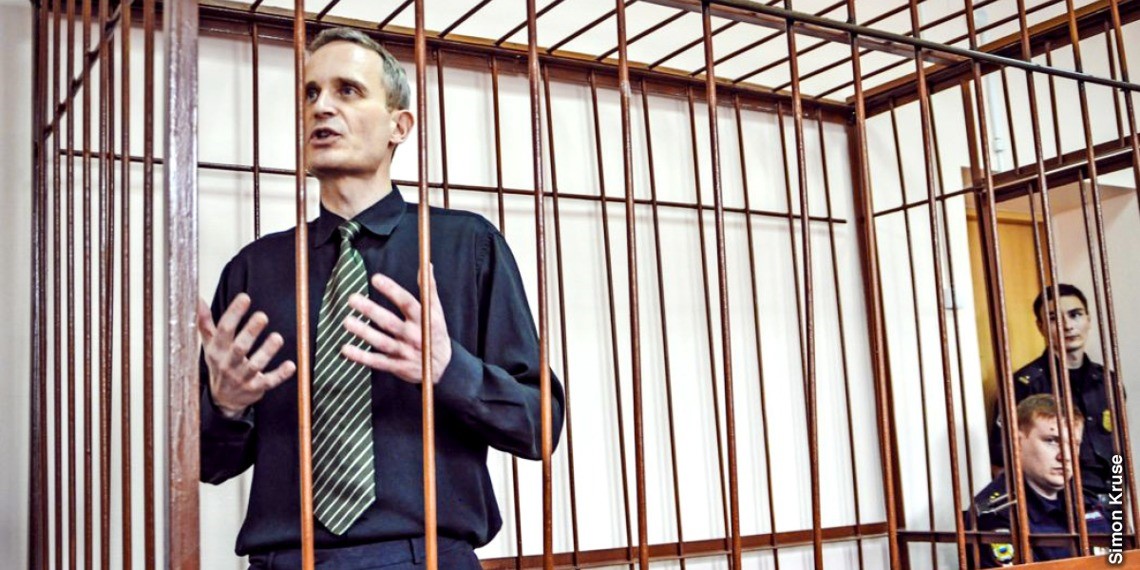 WASHINGTON, DC – Kristina Arriaga, vice chair of the United States Commission on International Religious Freedom (USCIRF), today condemned the decision by a court in Oryol, Russia, to uphold the conviction and sentencing of Dennis Christensen, a Jehovah’s Witness, to six years’ imprisonment on charges of “organizing the activity of an extremist organization.” In May 2017, Russian authorities arrested Mr. Christensen and 15 other Jehovah’s Witnesses after a court branded the local branch of the organization an “extremist” group.

“Dennis Christensen’s case is part of the Putin government’s increasing intimidation and persecution of communities like the Jehovah’s Witnesses,” said Arriaga, who advocates on behalf of Mr. Christensen as part of USCIRF’s Religious Prisoners of Conscience Project. “The authorities accuse Mr. Christensen of participating in extremist activities, but there is nothing threatening or dangerous about him. The Russian government targeted him as a committed member of the Jehovah’s Witnesses, because it considers his beliefs and practices ‘deviant’.”

In its recently released 2019 Annual Report, USCIRF again recommended that Russia be designated a “country of particular concern” (CPC) under the International Religious Freedom Act. In November 2018, the U.S. State Department placed Russia on a Special Watch list for “engaging in or tolerating severe violations of religious freedom.”

Russian law provides only vague definitions of “extremism” that authorities exploit to target a wide range of peaceful religious and political practices. USCIRF recently published a factsheet on anti-extremism legislation showing how governments like Russia’s use such laws to target religious communities, especially minority groups with perceived international ties. USCIRF also published a special report in 2018 focusing on anti-extremism legislation in Russia.