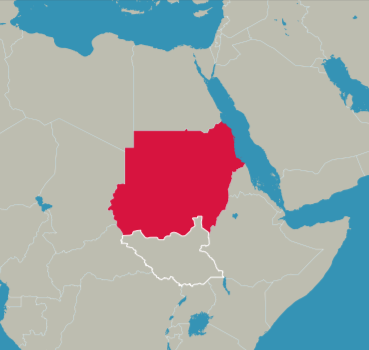 WASHINGTON, D.C. – The U.S. Commission on International Religious Freedom (USCIRF) is disappointed by the decision to permanently lift U.S. trade and economic sanctions on Sudan. In June, USCIRF wrote Secretary of State Rex Tillerson urging him to maintain sanctions on Sudan, stating that “Sudan has not ‘sustained positive actions’ with regard to religious freedom.” USCIRF also criticized the sanctions review policy for not requiring an evaluation of progress, or lack thereof, on human rights or religious freedom.

“USCIRF is disappointed that the White House chose to lift the Sudan sanctions,” said USCIRF’s Chairman Daniel Mark.  “The State Department must now redouble its efforts to engage the government of Sudan on pressing for greater religious freedom and better overall human rights.”

On January 13, 2017, then President Barack Obama signed Executive Order (EO) 13761 indicating progress by the Sudanese government in lessening military hostilities, increasing access to humanitarian assistance, and cooperating with the United States on regional conflicts and counterterrorism. EO 13761 directed lifting the existing investment and trade sanctions by July 12, 2017 if the White House determined, in consultation with other relevant agencies, that the Sudanese government “has sustained the positive actions” described above. On July 11, the Trump Administration announced a three-month delay in the sanctions decision.

Since 1999, USCIRF has recommended, and the State Department has so designated, Sudan as a “country of particular concern” (CPC) for engaging in systematic, ongoing, and egregious religious freedom violations.  “Sudan is an egregious violator of religious freedom and should again be designated a CPC,” added Chairman Mark.

Since South Sudan’s secession in 2011, USCIRF has documented a deterioration of religious freedom conditions in Sudan year after year.  The government of Sudan, led by President Omar Hassan al-Bashir, imposes a restrictive interpretation of Shari’ah and applies corresponding hudood punishments on Muslims and non-Muslims alike.

Government officials arrested and prosecuted Christian leaders and marginalized the Christian community. During this period, the Sudanese government has: arrested nearly 200 Christians, including 15 religious leaders; demolished or partially demolished approximately 20 churches and church buildings; expropriated or threatened to expropriate at least 10 others; and have stated that they would no longer issue permits for new church construction.