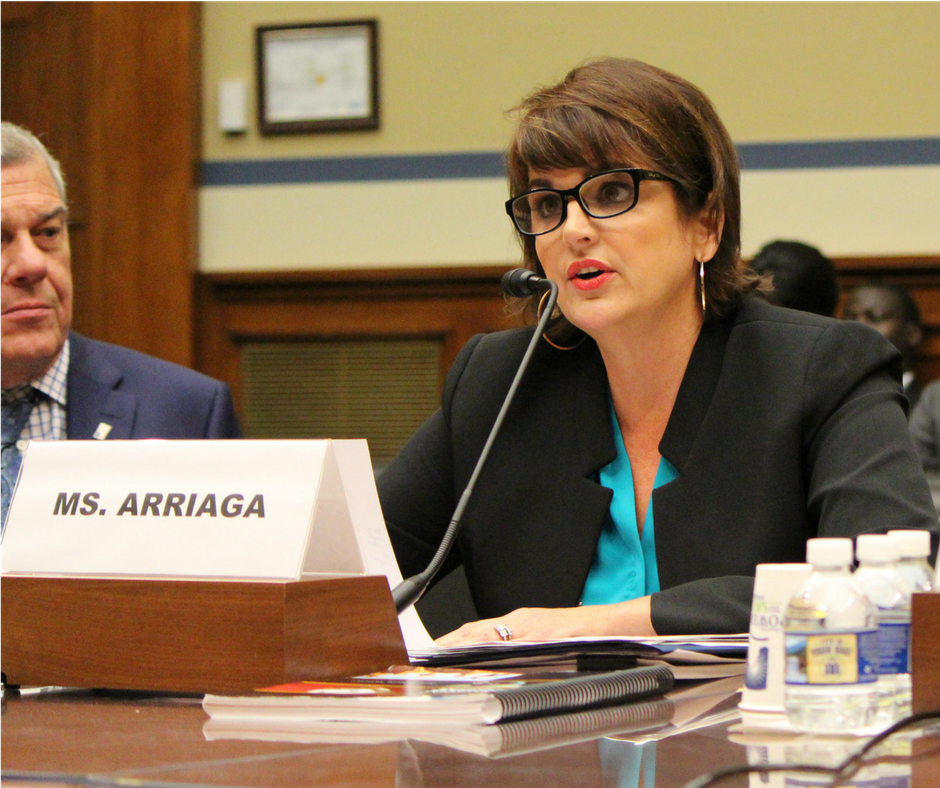 WASHINGTON, D.C. – This morning, Kristina Arriaga, the Vice Chairwoman of the U.S. Commission on International Religious Freedom (USCIRF), testified before the National Security Subcommittee of the House Oversight and Government Reform Committee.

Speaking on the “government’s role in protecting international religious freedom,” Arriaga advised the Members that “we ignore religious freedom violations at our peril and must address challenges proactively.”

Ms. Arriaga stated that “some governments view religion as competition, an alternate source of authority, which they must control. However, in so doing, they create more instability, not enhanced authority.”  Governments seek this control by: using national security concerns as an excuse for violating religious freedom; pitting groups against each other to enhance the government’s power; allowing violators to act with impunity; and inciting vigilante groups and others to violence.

Vice Chairwoman Arriaga reminded the subcommittee members that non-state actors, especially in failed or failing states, are among the primary perpetrators of egregious religious freedom violations, and reviewed some of the tools the U.S. government can use to address international religious freedom violations.  These tools include the 1998 International Religious Freedom Act, the 2016 Frank R. Wolf International Religious Freedom Act, and the Global Magnitsky Act.  She also underscored that our government “must have the political will to use” these and other tools, and “that is where we can fall short.”

She also noted the key role women play in building lasting peace and security.  “Especially during conflicts,” she warned, “women often are targeted for violence and discrimination, with religion used to disempower them.”  She also stressed that it is a “betrayal of the very foundations of freedom of religion or belief whenever it is misused to justify inexcusable, harmful practices such as female genital mutilation, child marriage, and forced conversion.”

Ms. Arriaga called for greater focus on religious prisoners of conscience unjustly imprisoned for their religious beliefs, activities, and advocacy and the impact of unjust laws and practices.  “To do our part,” she added, “Each Commissioner is advocating for a prisoner as part of USCIRF’s Religious Prisoners of Conscience Project.  I would encourage each Member of this subcommittee to adopt a prisoner as well.”