Op-Ed: Stop the 'Weaponization' of Religion in Pakistani Politics 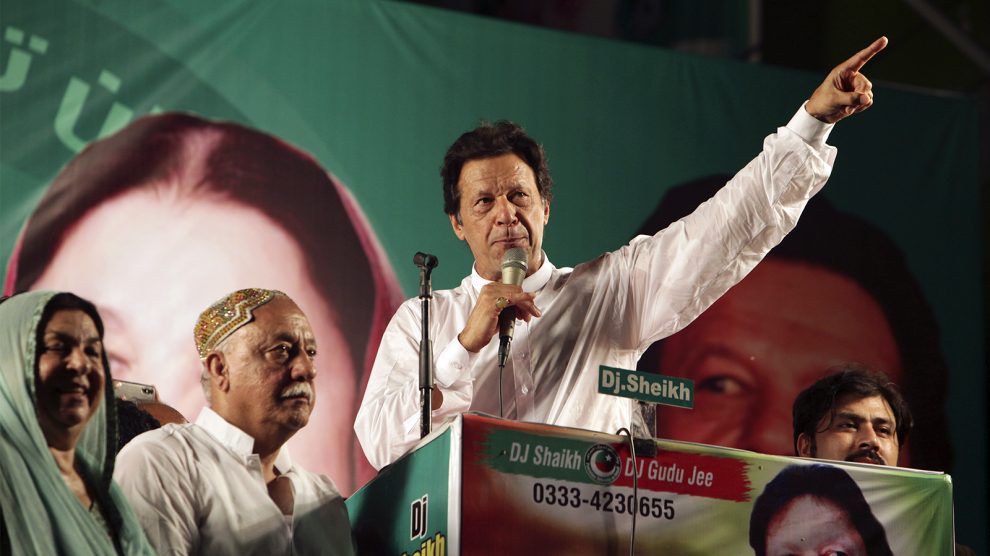 This op-ed originally appeared in Religion News Service on July 24, 2018.

By Gayle Manchin and Johnnie Moore

(RNS) - This week, as hundreds of religious leaders, nonprofit heads and government officials gather in Washington for the State Department's first-ever ministerial on religious freedom, an election about to take place in Pakistan shows why the cause of religious freedom is as important as it has ever been in modern history.

For Pakistan’s Christians and minority Ahmadi Muslims, the run-up to Wednesday’s (July 25) vote has been terrifying. New hard-line Islamist political parties, such as the Allah-o-Akbar Tehreek and the Tehreek-e-Labbaik Pakistan, have risen, focusing on denigrating the Ahmadis.

Last November, the TLP organized a violent protest that called for Ahmadi Muslims to be removed from high positions in Pakistani society, and demanded that a list be created of all Ahmadi Muslims working in the government. Ahmadis have long been subject to targeted killings, bomb attacks and vigilante violence, and the prospect of being publicly identified cast an even darker shadow over the community’s future

This kind of harassment is not isolated to extremist political parties. Earlier this month, Imran Khan, the celebrated cricketer and the establishment Tehreek-e-Insaf (PTI) party’s candidate for prime minister, announced his support for controversial blasphemy laws, which have long been used to target and punish religious minorities. Khan’s hard-line approach has further marginalized religious minority communities.

Meanwhile, on July 4, the Islamabad High Court ruled that citizens must declare their faith when applying for any government-issued identification, a necessity for government employment. By stating that all citizens “have a right to know the religious beliefs of civil servants,” the IHC has laid the path for extremist groups to physically target and eliminate anyone who doesn’t fall in line with the political establishment’s ideology.

The Federal Minister for Information appealed the court’s decision, but when Pakistan’s most popular leaders and highest courts signal that certain religious communities are second-class citizens, the damage has already been done.

Take, for example, an attack on the 100-year-old historic Ahmadi mosque in Sialkot in May. Though the Ahmadi community was granted permission to make renovations, a mob attacked the mosque and the historical residence of the faith’s founder under the eye of the municipal authorities. The mob was allegedly led by Hafiz Hamid Raza, who is affiliated with Khan’s PTI.

Despite widespread international condemnation, a resolution in Pakistan’s Sindh province condemning the attack was rejected by legislators. The participation of a political leader in the attack on the mosque and the subsequent refusal to denounce such acts by a provincial assembly affirm that the Pakistani state is itself a major part of the problem.

As a consequence of the increasing discrimination, incitement and violence targeting Ahmadis, the community has decided to boycott the elections entirely out of fear that its members may be attacked.

Similar examples could be drawn from Pakistan’s Christian community, whose citizens have been frequently, unjustly imprisoned without proper due process and whose churches have been regularly attacked by extremists to the neglect of the nation’s security forces.

The United States Commission on International Religious Freedom, on which we both serve, has also been monitoring alarming efforts within Pakistan’s military establishment to encourage politicians to stoke interreligious hate and violence in order to gain campaign funding and electoral support from religiously intolerant voters.

Pakistan’s decline has been consistent and entirely predictable. Every year since 2002, USCIRF has recommended to the State Department that Pakistan be designated a “country of particular concern” due to “ongoing, systematic, and egregious violations of religious freedom.”

The international community and the U.S. government must put unrelenting pressure on whoever wins Wednesday’s election to immediately stop the harassment of the country’s religious minorities. The State Department should work collaboratively with its European partners, including the European Union and United Kingdom, to put Pakistan on notice that its failure to address these concerns will impact aid and trade.

Without sustained pressure from the U.S. and international community, the already dwindling population of religious minorities in Pakistan will soon face an existential threat.

The shame of our world’s record on religious freedom is that the story of any of a dozen minority groups could be told just by changing the names and country in this article. In a dozen more, the situation has so degraded that the persecuted minorities would like nothing more than to be in the situation of the Christians and Ahmadis in Pakistan today.

The success of this week’s ministerial will be determined not by the quality of sentiments shared by those present but by the strategic change made because of it. All eyes will be on Pakistan as the first of many places in which much must be done, fast.

(The Rev. Johnnie Moore, as a commissioner, and Gayle C. Manchin, as a vice chair, serve on the United States Commission on International Religious Freedom. The views expressed in this commentary do not necessarily represent those of Religion News Service.)