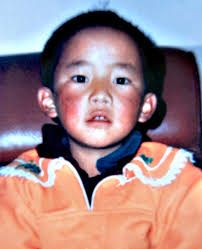 Tashi Delek or Happy 30th Birthday Your Holiness. As much as the Chinese government wants us to forget you, the U.S. Commission on International Religious Freedom (USCIRF) wishes you happy birthday and we unanimously advocate for your immediate release.

It is heartbreaking that you have been forcibly disappeared since age six and still remain in captivity and China has censored even basic information on you and your whereabouts. However, Tibetans’ faith in Your Holiness is unshakable. During a personal visit I made last August to your monastery in exile—the Tashi Lhunpo Monastic University—India, I met with His Eminence Ngagchen Rinpoche and other prominent monastic leadership and had a discussion of your wellbeing. We all shared the same deep concerns for Your Holiness. On a positive note, it is my honor and privilege to inform you that your monastic university in exile is thriving with monk scholars engaged in a rigorous and systematic curriculum of Buddhist studies and practices. We all have been thinking of you and praying for your long and healthy life. As I wrote you last year, with each passing year, our resolve to find you and restore you to your rightful role becomes stronger.

Your Holiness, your tragic situation reflects China’s sinicizing and politicizing Tibetan Buddhism and Tibetan reincarnation system. Communist China considers religion a poison, demonizes His Holiness the Dalai Lama, and forces monasteries and Tibetans inside Tibet to worship Communist Party leadership; yet it claims the right to recognize incarnations of His Holinesses Panchen Lama and Dalai Lama. Most recently, in a Reuters’ interview, His Holiness the Dalai Lama said that he may reincarnate in a free country, and if there were two reincarnations of his, nobody will trust and accept China’s selection. Thus, China cannot control the next reincarnation of His Holiness the Dalai Lama as they did with you. The U.S. Senate passed a resolution supporting His Holiness’s reincarnation right and Tibetan people’s religious right. And just this month, the U.S. Senate Foreign Relations Asia Subcommittee Chair Senator Cory Gardner said, “Let me be very clear. The United States Congress will never recognize a Dalai Lama that is selected by the Chinese.” Your Holiness, despite the Chinese government’s systematic, ongoing, and egregious religious freedom violations, nobody can change the fact that you are the 11th Panchen Lama as recognized by His Holiness the Dalai Lama. As a Tibetan-American and USCIRF Chair, it is my honor, privilege, and responsibility to advocate on your behalf. Congressman Jim McGovern joined me in adopting you as our Religious Prisoner of Conscience and we coordinate our advocacy efforts for your freedom and wellbeing. I urge our president and secretary of state to impose sanctions on Chinese officials and agencies under the Global Magnitsky Human Rights Accountability Act for perpetrating religious freedom violations and to continue to implement the Reciprocal Access to Tibet Act of 2018 to seek access to you and press for your immediate and unconditional release.

Your Holiness, on behalf of all Tibetans, I offer you traditional mandala for your long and healthy life along with fervent prayer for your freedom and receiving your blessing in person.