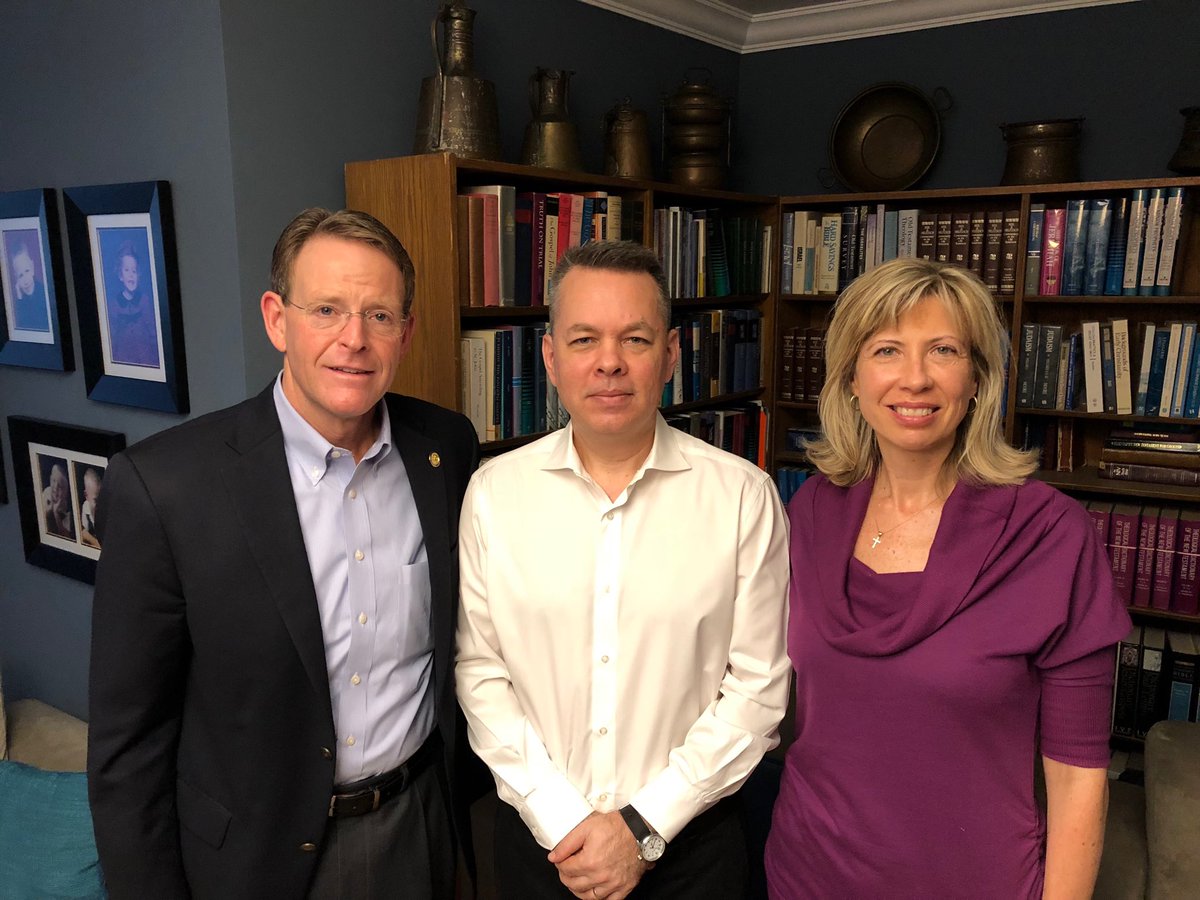 “While we welcome this good news, we should not lose sight of other religious freedom concerns in this country,” said Commissioner Perkins

WASHINGTON, DC -- The U.S. Commission on International Religious Freedom (USCIRF) today welcomed with great satisfaction the decision by a Turkish court to release Pastor Andrew Brunson from house arrest. Pastor Brunson was first detained on October 7, 2016, on false charges and served almost two years in prison before he was placed under house arrest on July 25, 2018.

USCIRF’s Commissioner Tony Perkins, who attended the October 12 hearing, said, “Today’s decision by the Turkish government is good news. We celebrate along with the millions of Americans who have been praying for Pastor Brunson’s release.”

Commissioner Perkins also said, “President Trump, Vice President Pence, and Secretary Pompeo are to be commended for their resolve, not only in defending Pastor Brunson but in defending the fundamental freedom of all people in all places. Additionally, there were many others advocating for Andrew, including USCIRF Vice Chair Kristina Arriaga and former Vice Chair Sandra Jolley.

“While we are relieved by today’s decision on Pastor Brunson’s unjust detention, we remain concerned for the Turkish people because numerous religious communities, such as the Greek Orthodox community and the Alevis, continue to face discrimination and restrictions on registration and ownership of property. Turkey must continue to work to treat all of its citizens equally and with respect for their religious freedom.”

Since the initial detention of Pastor Brunson, USCIRF has repeatedly condemned the charges against him and called for his release.

This year USCIRF placed Turkey on its Tier 2 list of countries that have serious religious freedom violations, and began advocating for Pastor Brunson as part of its Religious Prisoners of Conscience Project.

The U.S. Commission on International Religious Freedom (USCIRF) is an independent, bipartisan federal government entity established by the U.S. Congress to monitor, analyze and report on threats to religious freedom abroad. USCIRF makes foreign policy recommendations to the President, the Secretary of State and Congress intended to deter religious persecution and promote freedom of religion and belief. To interview a Commissioner, please contact USCIRF at Media@USCIRF.gov or Kellie Boyle at  kboyle@uscirf.gov or +1-703-898-6554.