U.S. Delegation Is First Ever to Meet with “Religious Police” in Saudi Arabia 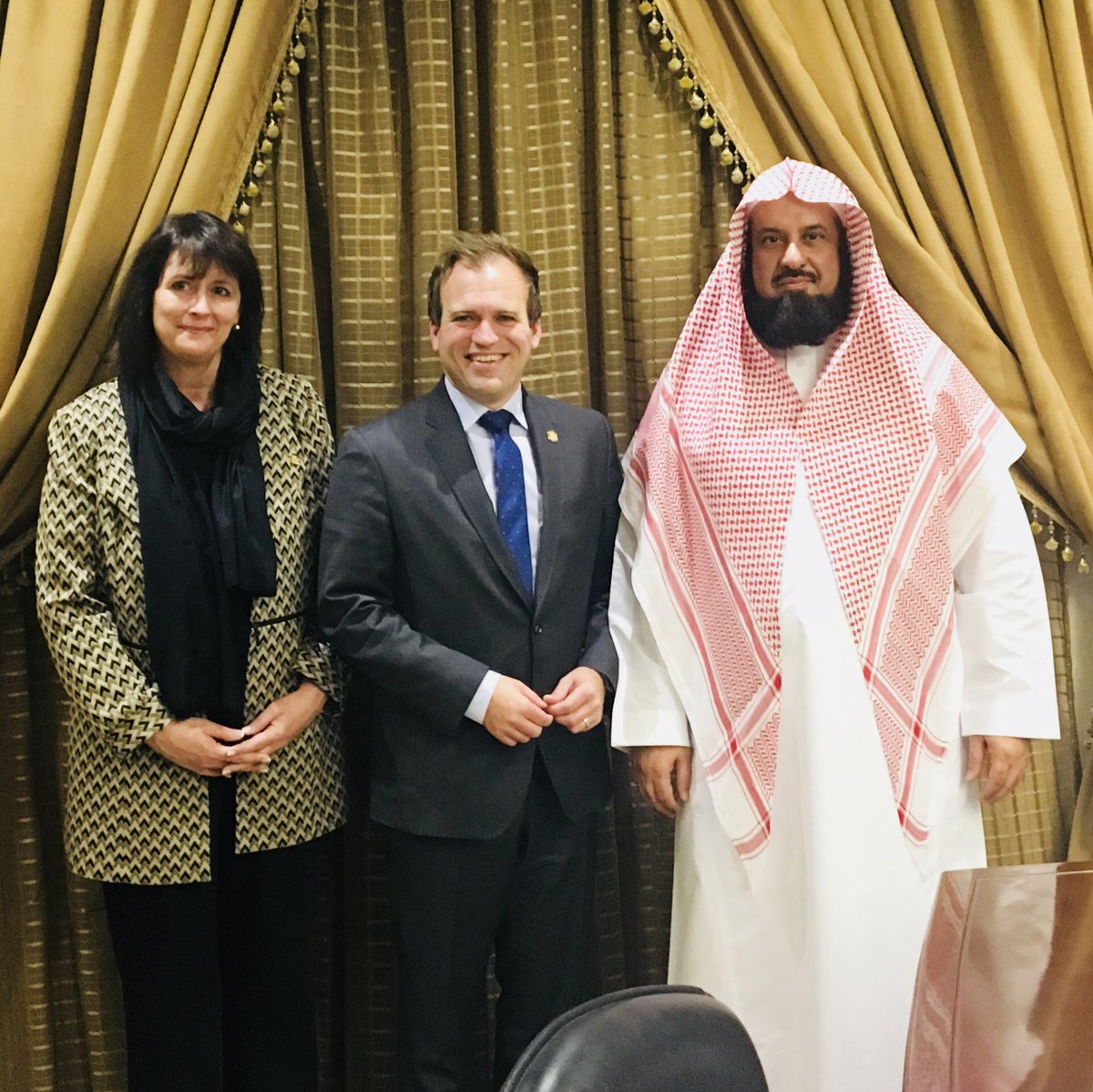 U.S. Delegation Is First Ever to Meet with “Religious Police” in Saudi Arabia

WASHINGTON, D.C. – During a trip last week to Saudi Arabia, Commissioners Johnnie Moore and Nadine Maenza of the U.S. Commission on International Religious Freedom (USCIRF) met with government officials and had the first meeting ever granted between the Commission for the Promotion of Virtue and Prevention of Vice (the “Religious Police”) and a U.S. delegation.

“It was an excellent visit. No one was unavailable to meet with us, no topics were off-limits,” said Commissioner Moore. “We found the Saudis willing to engage directly on any issue. It was a very productive visit, marked by important discussions. The momentum of change in the country is absolutely undeniable, but, of course, there’s much in need of change.”

Commissioners Moore and Maenza met with officials from several ministries and had constructive dialogue on religious coexistence and reforms in Saudi Arabia.

During the meeting with the Commission for the Promotion of Virtue and Prevention of Vice (CPVPV), the CPVPV leadership disclosed that Crown Prince Mohammed bin Salman had compelled it to reassess its approach and reform most of its intrusive practices as part of the Saudi Vision 2030 plan announced in 2016 whose stated aims included making the Kingdom “a tolerant country with Islam as its constitution and moderation as its method.”

“I am encouraged by the opening that is being seen in the capital of Riyadh,” said Commissioner Maenza. “I saw women driving, some guardianship rules being rolled back, and women and men increasingly mixing in public venues, including at a Cirque du Soleil concert in Riyadh. The question we continue to assess is whether this opening is extending to other parts of the country and the degree to which these reforms are impacting freedom of religion or belief in a country that still—for instance—officially bans public worship unless it is the state-sanctioned practice of Islam. We look forward to following up on specific questions related to the rights of minorities, including the Shi’a community and certain individuals deemed by USCIRF to be prisoners of conscience.”

The USCIRF delegation discussed in detail with members of the Shura Council, Saudi Arabia’s formal advisory body appointed by the King, USCIRF’s 2018 Annual Report chapter on Saudi Arabia, in which USCIRF continued its long standing recommendation that Saudi Arabia be designated a “country of particular concern” (CPC) for its systematic, ongoing, egregious violations of religious freedom. The Department of State has designated Saudi Arabia a CPC since 2004.

USCIRF’s visit was partly intended to collect information for its 2019 Annual Report.

The delegation also met with representatives of the Organization for Islamic Cooperation, its affiliated Fiqh Academy, and a range of non-governmental interlocutors.

The U.S. Commission on International Religious Freedom (USCIRF) is an independent, bipartisan federal government entity established by the U.S. Congress to monitor, analyze and report on threats to religious freedom abroad. USCIRF makes foreign policy recommendations to the President, the Secretary of State and Congress intended to deter religious persecution and promote freedom of religion and belief. To interview a Commissioner, please contact USCIRF at Media@USCIRF.gov or Javier Peña at jpena@uscirf.govor +1-202-674-2598.