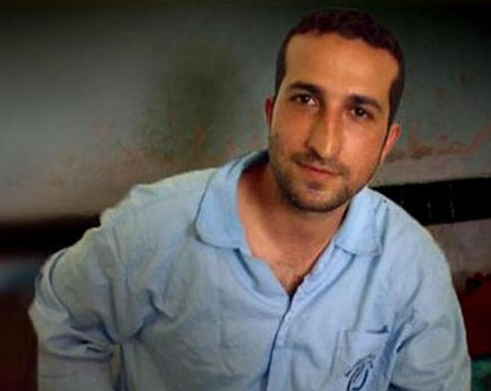 Chair Dorjee said, “Pastor Nadarkhani and his fellow church members should be immediately and unconditionally released and be permitted by the Iranian government to peacefully exercise their right to freedom of religion or belief”

WASHINGTON, DC – The U.S. Commission on International Religious Freedom (USCIRF) is deeply concerned by reports of the violent detentions of Pastor Youcef Nadarkhani, an Iranian Christian convert and house church leader of the Church of Iran, and three members of his congregation.

According to reports, Iranian authorities broke into Nadarkhani’s home the morning of July 22nd, violently arresting him and physically assaulting his son. While Nadarkhani has yet to receive an official summons to prison, he has been transferred to the notorious Evin Prison. Two days later, three other members of his denomination-- Saheb Fadaie, Mohammedreza Omidi, and Yasser Mossayebzadeh— were similarly arrested without a summons.

In June 2017, Pastor Nadarkhani was sentenced to 10 years in prison and two years of exile on baseless charges including “collusion against national security” and promoting “Zionist Christianity.” The three other Christian converts were given similarly long sentences for their religious activities. Pastor Nadarkhani and his colleagues appealed their sentences in December 2017 and received rejections of their appeals in May 2018. Since then, the group has been awaiting a summons to begin their prison terms.

“We at USCIRF express our strong concern about the reports of Pastor Nadarkhani and his congregants’ arrest,” stated USCIRF chair Tenzin Dorjee. “Pastor Nadarkhani and his fellow church members should be immediately and unconditionally released and be permitted by the Iranian government to peacefully exercise their right to freedom of religion or belief. We condemn both their lengthy prison sentences and this new miscarriage of justice.”

The Iranian government has previously targeted Pastor Nadarkhani for his religious beliefs, sentencing him to death for apostasy in 2010. Following an international outcry from human rights bodies around the world, including USCIRF, Nadarkhani was acquitted of apostasy. He served a three-year prison sentence for evangelizing instead.

Since 1999, the State Department has designated Iran as a “country of particular concern” for engaging in systematic, ongoing, and egregious violations of religious freedom. For more information, see USCIRF’s 2018 Annual Report chapter on Iran. For more information on USCIRF’s Religious Prisoners of Conscience Project, click here.

The U.S. Commission on International Religious Freedom is an independent, bipartisan U.S. federal government commission. USCIRF’s mission is to elevate and promote international religious freedom as a norm and practice. USCIRF reviews the facts and circumstances of religious freedom violations abroad and makes policy recommendations to the President, the Secretary of State, and Congress. USCIRF Commissioners are appointed by the President and the Congressional leadership of both political parties. To interview a Commissioner, please contact USCIRF at Media@USCIRF.gov or Javier Peña at jpena@uscirf.gov or +1-202-674-2598.