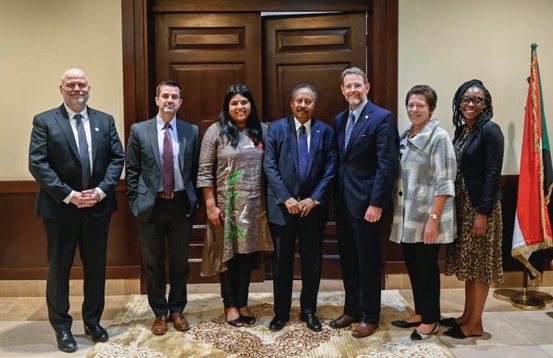 USCIRF Chair Tony Perkins said, “It is heartening to see a spirit of cautious optimism infuse so many of our conversations with government, religious, and civil society representatives in Sudan. We are grateful to Prime Minister Hamdok and other members of the country’s bold transitional leadership who met with USCIRF to convey their explicit desire to bring a new era of openness and inclusivity to their country that suffered for 30 years under brutal and autocratic religious repression. At the same time, we understand that the country’s challenges are deeply-rooted, and we urge the leadership to move quickly to turn that optimism into tangible and meaningful reforms for all people across Sudan—such as acting to formally repeal Article 126 of the 1991 penal code, which outlaws apostasy.”

Commissioner Anurima Bhargava added, “The transitional government’s repeal of Sudan’s loathsome public order laws that had long resulted in harassment and violence against women is one example of the Sudanese leadership moving forward with reforms for which the Sudanese people so bravely advocated in 2019.  We stand with the transitional government as it journeys on the long road ahead to extend full religious freedom to Sudan’s richly diverse and treasured peoples of various faiths and traditions, from the bustling streets of Khartoum and other cities to the long-neglected communities in the periphery. We anticipate the day that Muslims can freely express their individual views, Christians can build churches and worship without undue barriers, practitioners of traditional religions can carry out their rituals in peace, and all other Sudanese, from Hindus to Baha’is, can thrive with dignity and freedom as citizens of a stable and prosperous Sudan.”

USCIRF will issue its detailed findings from the visit and recommendations for U.S. policy when it releases its 2020 Annual Report on April 28.