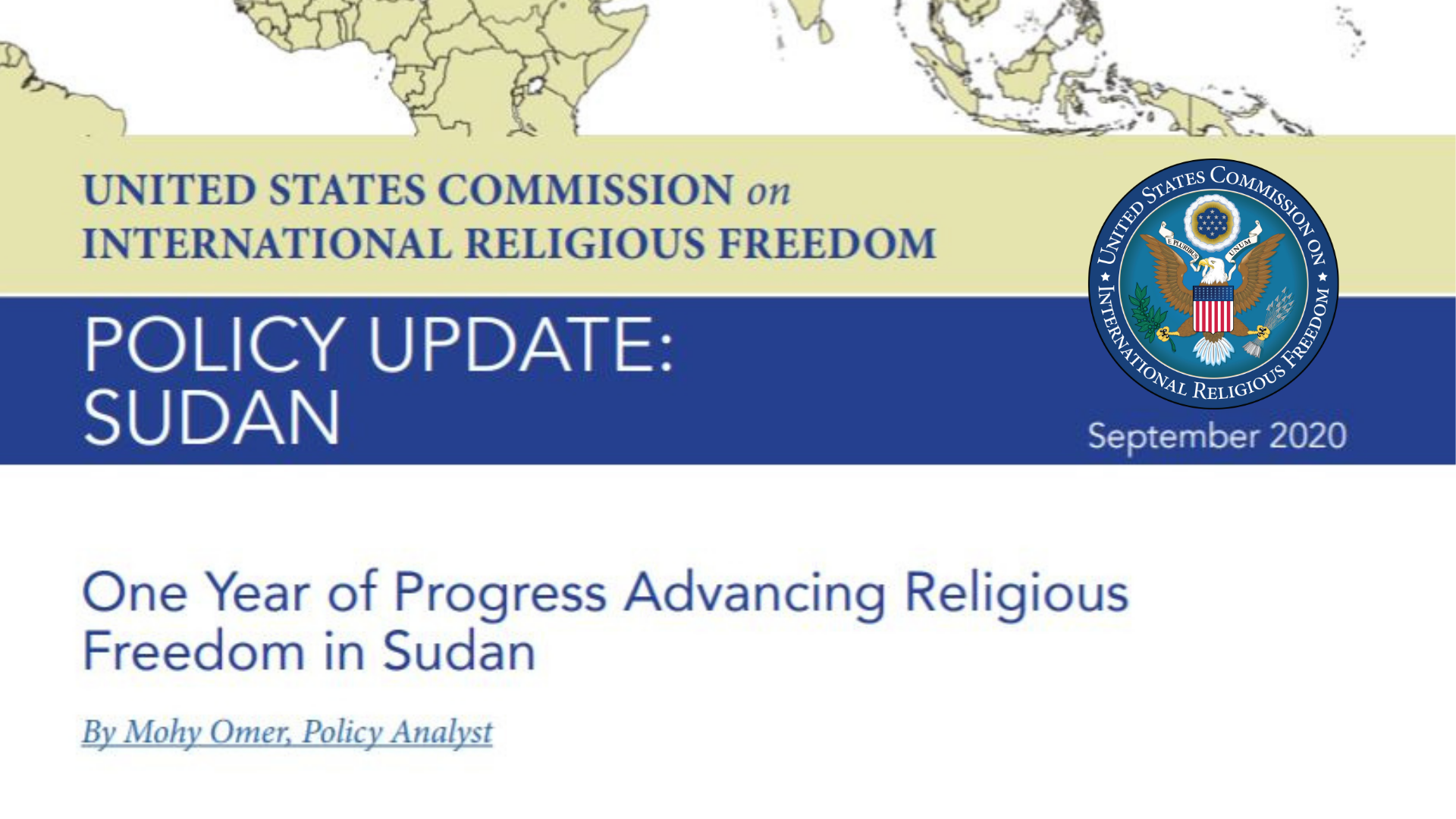 Sudan Policy Update: The Sudanese transitional government has made a number of significant religious freedom reforms during the past year. This policy update examines religious freedom conditions in Sudan after the 2019 revolution and the formation of the civilian-led transitional government. It highlights the historic progress, along with the ongoing challenges, in advancing religious freedom. In addition, it discusses improving bilateral relations between the United States and Sudan since the revolution and highlights USCIRF’s recommendations to the U.S. government given these developments.

In its 2020 Annual Report, USCIRF recommended that the U.S. State Department maintain Sudan on its Special Watch List (SWL). This was the first time since 2000 that USCIRF did not recommend Sudan for designation as a Country of Particular Concern (CPC) for systematic, ongoing, and egregious violations of religious freedom.