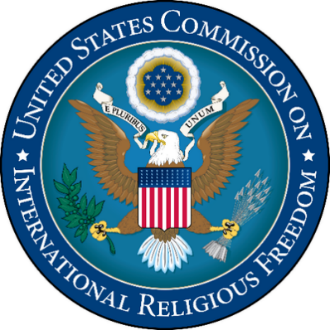 Washington, DC  – The United States Commission on International Religious Freedom (USCIRF) today released new reports on the state of religious freedom in three of the countries it monitors.  The reports are as follows:

Malaysia Factsheet – An overview of the enforced disappearances of several prominent religious figures in Malaysia. Evidence suggests that some of these high-profile abductions were well-coordinated in advance. USCIRF’s report references the findings of Malaysia’s independent human rights commission, SUHAKAM, which earlier this year implicated Malaysian law enforcement officials in some of the cases.

Kazakhstan Country Update – A report on religious freedom conditions in Kazakhstan, where USCIRF staff recently travelled to meet with civil society, religious leaders and government officials about the country’s restrictive religious registration laws and the legal prosecution of individuals for peaceful religious expression and practice. The report examines the country’s contemporary religious landscape, noting both positive developments and obstacles to success as the government struggles to align its actual approach to religious freedom with its much-touted commitment to it.

Iran Policy Brief – An analysis of the ways in which Iran, amidst domestic and international pressure, has increased its persecution of minority religious communities, targeting the Baha’i community with particular fervor. This brief includes USCIRF’s recommendations to Congress and the Administration to use a wide array of advocacy, diplomacy, and targeted sanctions to pressure Iran to end its persecution of the Baha’is.

In its 2019 Annual Report, USCIRF recommended that the U.S. Department of State designate Iran as a “country of particular concern” (CPC) due to its systemic, ongoing and egregious violations of religious freedom. The State Department has designated Iran a CPC every year since 1999. In 2019, USCIRF again placed Malaysia and Kazakhstan on its Tier 2 list.