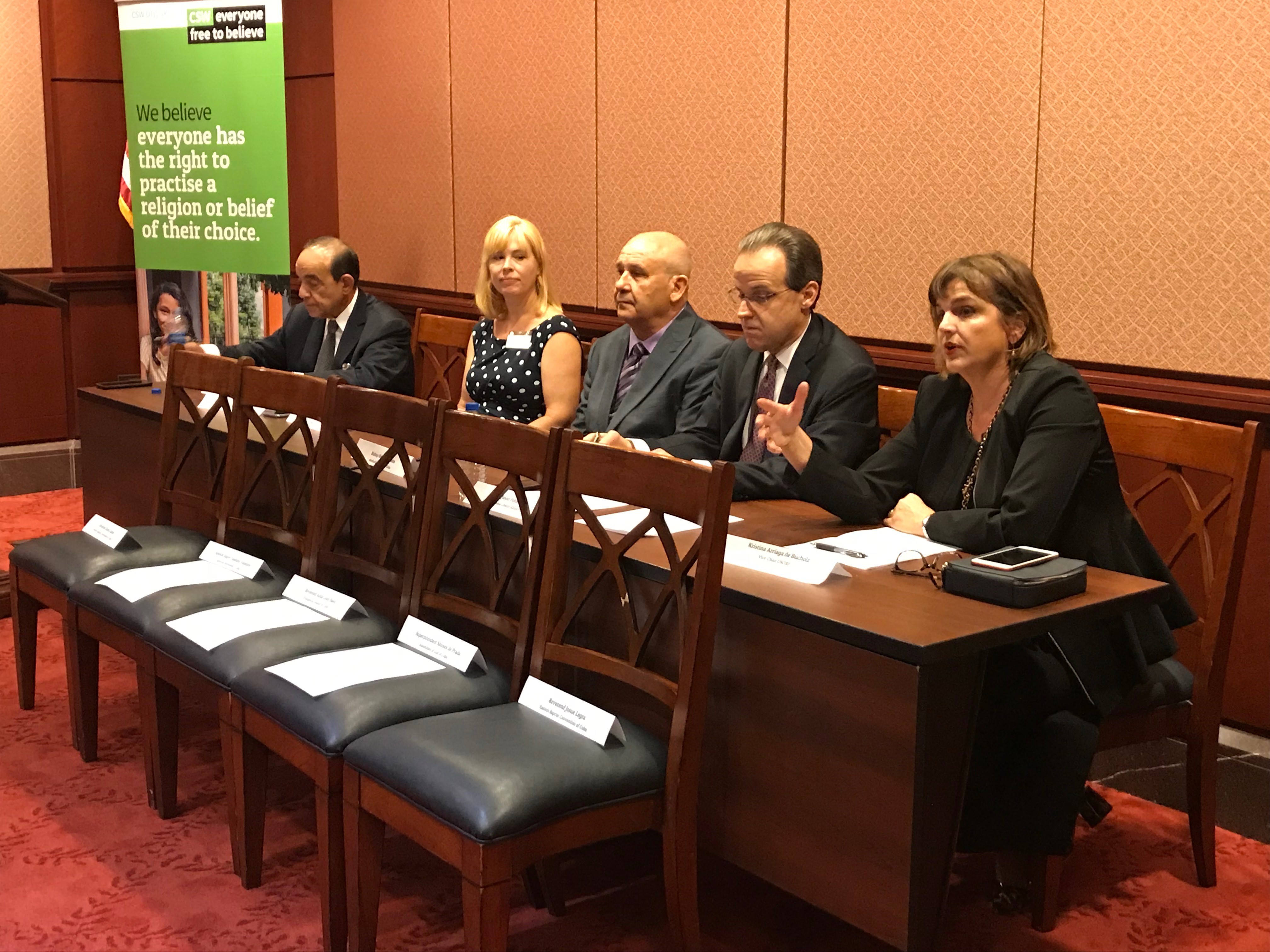 WASHINGTON, DC – In response to the prohibition of travel imposed by the Cuban government on Apostle Alayn Toledano Valiente, a leader in the Apostolic Movement, Reverend Alida Leon Baiz, President of the Evangelical League of Cuba, Reverend Dariel Llanes, President of the Western Baptist Convention of Cuba, and Reverend Moises de Prada,  Superintendent of the Assemblies of God, who were all seeking to attend the U.S. State Department’s second annual Ministerial to Advance Religious Freedom, United States Commission on International Religious Freedom (USCIRF) commissioner Kristina Arriaga issued the following statement:

“If the denial of religious freedom in Cuba was ever in question, the Cuban government laid to rest all doubt this weekend by blatantly prohibiting four pastors, leaders of the country’s major religious organizations, from leaving the country to attend the State Department’s Ministerial to Advance Religious Freedom in Washington, D. C. This is exactly the type of human rights violation that we and Ministerial attendees from all over the world are working to expose and to prevent. We urge the Cuban government to allow these religious leaders to participate in this important conversation - in person - and to return to Cuba to work together with officials to improve religious freedom conditions for all of its citizens.”

In its 2019 Annual Report, USCIRF listed Cuba as a Tier 2 country for engaging in or tolerating violations of religious freedom that meet at least one of the elements of the “systematic, ongoing, egregious” standard for designation as “country of particular concern,” or CPC, under the International Religious Freedom Act.

The U.S. Commission on International Religious Freedom is an independent, bipartisan federal government entity established by the U.S. Congress to monitor, analyze and report on threats to religious freedom abroad. USCIRF makes foreign policy recommendations to the President, the Secretary of State and Congress intended to deter religious persecution and promote freedom of religion and belief. To interview a Commissioner, please contact USCIRF at Media@USCIRF.gov or Kellie Boyle at kboyle@uscirf.gov or +1-703-898-6554.