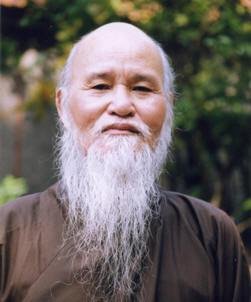 “I am especially concerned about Thích Quảng Độ’s wellbeing because he will turn 90 on November 27 and suffers from diabetes,” said Vice Chair Arriaga

Washington, D.C. — Kristina Arriaga, Vice Chair of the U.S. Commission on International Religious Freedom (USCIRF), today expressed serious concern about the situation of Patriarch Thích Quảng Độ, the leader of the Unified Buddhist Church of Vietnam (UBCV), for whom she advocates as part of USCIRF’s Religious Prisoners of Conscience Project.

“As the United States and Vietnam continue to move from the past toward a future of dialogue and mutual respect, the case of religious prisoners of conscience like Patriarch Thích Quảng Độ remain a harbinger for whether this progress is temporary or long-lasting,” said Vice Chair Arriaga. “Until Thích Quảng Độ is allowed to fully exercise his religious freedom, USCIRF will remain active in advocating on his behalf.”

For more than three decades, Vietnamese authorities have repeatedly targeted, harassed, and detained Thích Quảng Độ for practicing his faith and advocating for religious freedom and related human rights. He has been under effective house arrest at Thanh Minh Zen Monastery in Ho Ch Minh City since 2001, except for a brief reprieve in 2003. He reportedly was expelled from the monastery on September 15 and is thought to be in his ancestral hometown in Thai Binh Province in northern Vietnam. He has been unable to communicate with his followers and it is unclear if he has access to medical care.

“I am especially concerned about Thích Quảng Độ’s wellbeing because he will turn 90 on November 27 and suffers from diabetes,” said Vice Chair Arriaga.

USCIRF has recommended that Vietnam be designated as a “country of particular concern” under the International Religious Freedom Act for engaging in systematic, ongoing, egregious violations of religious freedom every year since 2002. For more information, see USCIRF’s 2018 Annual Report chapter on Vietnam.