WASHINGTON, D.C. – A new report, Constitutional and Legal Challenges Faced by Religious Minorities in India, examines India’s constitution and national and state laws that violate the religious freedom of both minority communities and Hind 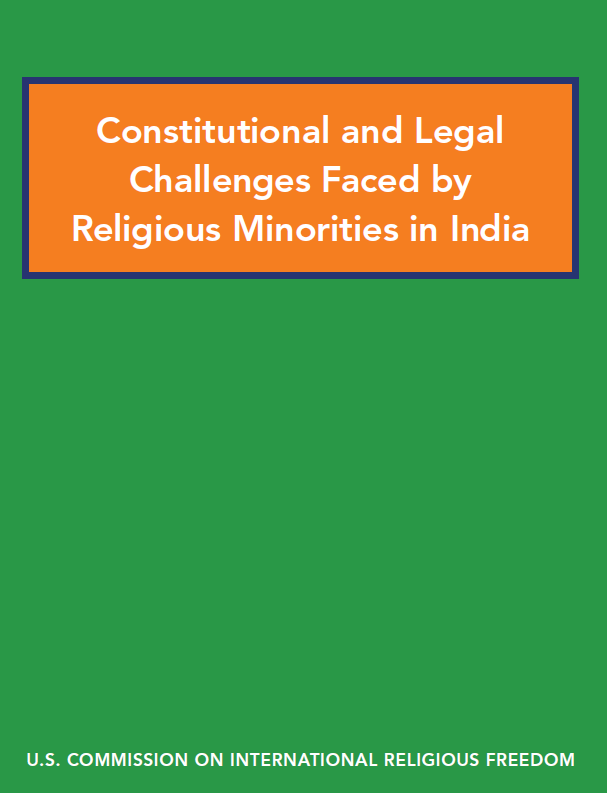 u Dalits. The U.S. Commission on International Religious Freedom (USCIRF) sponsored this report, which Dr. Iqtidar Karamat Cheema wrote. Dr. Cheema is the Director of the Institute for Leadership and Community Development, based in England.

“India is a religiously diverse and democratic society with a constitution that provides legal equality for its citizens irrespective of their religion and prohibits religion-based discrimination,” said USCIRF Chair Thomas J. Reese, S.J. “However, the reality is far different.  In fact, India’s pluralistic tradition faces serious challenges in a number of its states.  During the past few years, religious tolerance has deteriorated and religious freedom violations have increased in some areas of India. To reverse this negative trajectory, the Indian and state governments must align theirs laws with both the country’s constitutional commitments and international human rights standards.”

The study highlights opportunities for the Indian government to revise laws so that they would align with the country’s constitution and international human rights standards. The study also makes recommendations to the U.S. government on ways to promote religious freedom in India.

For more information, please see USCIRF’s chapter on India in its 2016 Annual Report.