“For more than four years, Maryam Naghash Zargaran has suffered in an Iranian prison, falsely charged with ‘propagating against the Islamic regime and collusion intended to harm national security’,” - Commissioner Clifford D. May.

WASHINGTON, D.C. – The U.S. Commission on International Religious Freedom (USCIRF) strongly urges the Iranian government to release Maryam Naghash Zargaran from prison. Not only has she been detained unjustly because of her Christian faith, but the Iranian authorities have denied her urgently needed medical care. On this day last year, Maryam launched a hunger strike, sadly one of many, to protest the authorities’ disregard of her medical needs and refusal to grant her conditional release or medical leave.

“For more than four years, Maryam Naghash Zargaran has suffered in an Iranian prison, falsely charged with ‘propagating against the Islamic regime and collusion intended to harm national security’,” said USCIRF Commissioner Clifford D. May. “The Iranian government must cease its targeting of Christians and release Maryam and other religious prisoners of conscience.  They should be honored for their contributions to society rather than penalized for who they are or what they believe.”

Commissioner Clifford D. May has taken up the case of Maryam Naghash Zargaran as part of USCIRF’s Religious Prisoners of Conscience Project. This project highlights the plight of individuals who have been imprisoned for their religious beliefs, practices, or identity. 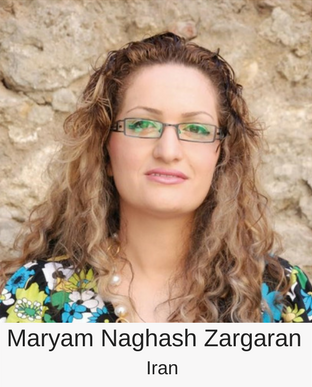 Ms. Zargaran was arrested in January 2013 and in July 2013 began serving a four-year prison sentence.  Her sentence appeared to be in connection with her work at an orphanage alongside Iranian-American Christian pastor Saeed Abedini, who also had been unjustly imprisoned and was released in January 2016 after much international attention and protest.

Maryam suffers from several serious health issues, including heart disease for which she underwent surgery prior to her arrest and imprisonment. In September 2013, after an apparent heart attack, she reportedly was transferred from Evin Prison to Modares Hospital for treatment. Since then, she has undertaken multiple hunger strikes to protest her prison treatment, and has been granted several temporary medical leaves as a result. However, officials forced her to return to prison before her treatments were finished, causing her condition to worsen. In December 2016, Maryam was informed that her four-year sentence had been extended for 42 days because of the time she spent outside of the prison during the summer of 2016.

Since 1999, USCIRF has recommended, and the State Department has designated, Iran as a “country of particular concern” (CPC), for its “systematic, ongoing and egregious” violations of religious freedom.   For more information, please see the chapter on Iran in USCIRF’s 2017 Annual Report.  Read the chapter in Persian here.

The U.S. Commission on International Religious Freedom is an independent, bipartisan U.S. federal government commission, the first of its kind in the world, dedicated to defending the universal right to freedom of religion or belief abroad. To learn more about the Religious Prisoners of Conscience Project or to interview a Commissioner, please contact USCIRF at Media@USCIRF.gov or John D. Lawrence, Director of Communications (JLawrence@USCIRF.gov/+1-202-786-0611).