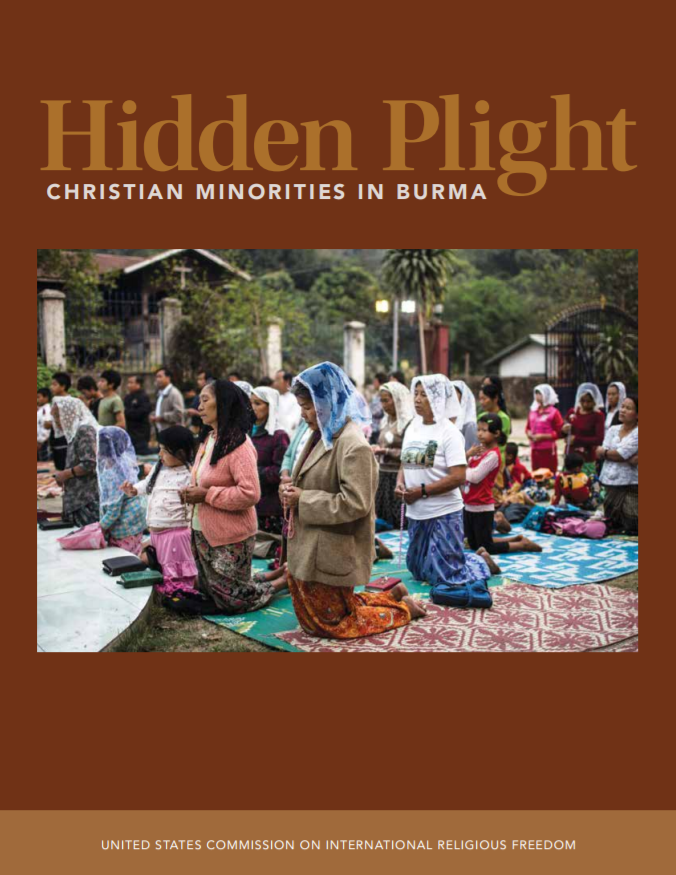 Each year since 1999, the U.S. Commission on International Religious Freedom (USCIRF) has recommended that the U.S. Department of State designate Burma as a “country of particular concern” (CPC) for its systematic, egregious, and ongoing violations of religious freedom as defined in the International Religious Freedom Act of 1998 (Public Law [PL] 105-292). This recommendation is part of the Commission’s efforts to encourage reform and respect for religious freedom and related human rights in Burma.

Religious freedom violations across faiths have long been a challenge in Burma. While a new government offers hope that human rights issues finally will be addressed, competing interests and priorities may relegate these concerns further. Undoubtedly, the most dire human rights and humanitarian crisis Burma faces today is the situation in Rakhine State. That Burma’s previous and current governments have allowed Rohingya and other Muslims to suffer in such deplorable conditions—including severe poverty that impacts ethnic Rakhine and others—is unconscionable and belies the country’s democratic aspirations.

This report in no way intends to diminish the plight of Rohingya and other Muslims and the overall situation in Rakhine State. Their situation is unique among the religious freedom violations religious and ethnic minority communities in Burma experience. Indeed, in recent years, anti-Muslim violence has become more pervasive and anti-Muslim attitudes increasingly normalized. Some individuals in the previous government, the monkhood (including the extremely nationalist group known as Ma Ba Tha), and laypersons have deliberately and maliciously discriminated and instigated violence against non-Buddhists, particularly Muslims.

This report does, however, substantiate USCIRF’s position that violations of religious freedom perpetrated by both state and non-state actors in Burma have had a deeply profound, lasting, and negative impact on multiple religious communities. The report seeks to highlight the endemic challenges Christians in Burma —including the Kachin, Chin, and the particularly marginalized Naga—have experienced for decades, and which the new government must strive to mitigate. Additionally, the report recognizes that religious freedom violations do not occur in a vacuum, which is why Burma’s government must address such abuses through the lens of national reconciliation, civilian control of the military, and constitutional reform.