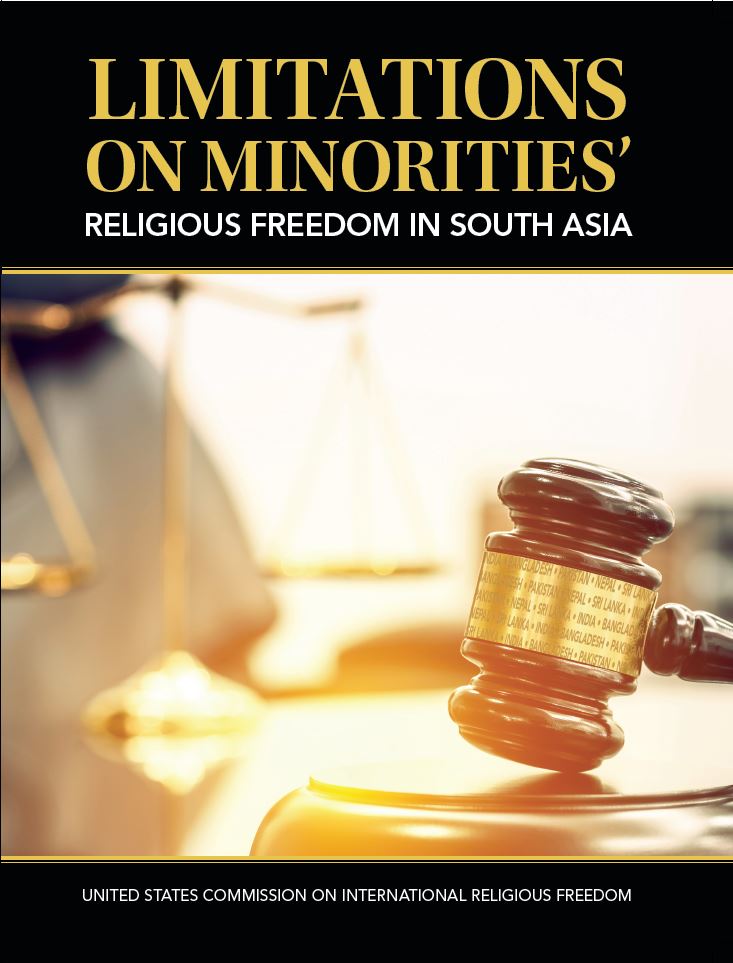 The right to freely choose and change one’s religion is protected under international law, as is the right to manifest one’s beliefs through teaching those beliefs. While there is a right to propagate or proselytize, Article 18 of the International Covenant on Civil and Political Rights (ICCPR) also protects individuals from coercion that would impair their freedom to choose their religion or belief. The tension between the freedom to spread one’s beliefs and the freedom of others to not be coerced is at the heart of an alarming majoritarian trend in South Asia.

Over the last decade, governments across the South Asia region have taken legal measures to prohibit religious conversions from the dominant religious group. Often the motivation behind these laws, though not officially stated as such, is to protect the dominant religious tradition from a perceived threat from minority religious groups. The methods of preventing conversion vary: in India, several state legislatures have adopted laws limiting conversions away from Hinduism; in Pakistan, national blasphemy laws are used to criminalize attempts by non-Muslims to convert Muslims; and in India, Pakistan, and Nepal, governments are tightening their control over non-governmental organizations (NGOs), especially foreign missionary groups.

In some instances, especially in the aftermath of major natural disasters like Nepal’s 2015 earthquake and Sri Lanka’s 2004 tsunami, some proselytizing groups have upset majority sentiments by focusing their efforts on disenfranchised subgroups within the dominant religious tradition, such as Dalits (or Untouchables) in Hindu-majority countries. There have been accusations that some of these groups induce individuals to convert by predicating aid or food assistance on conversion of the recipient. Sensitivities are also heightened among the majority religious population over interfaith marriages or marriages predicated on the conversion of one spouse. Despite the persistence of these allegations, credible data has not been presented to demonstrate the extent and nature of these alleged coerced conversions. In fact, the National Investigation Agency in India in October 2018 closed an investigation of alleged “love jihad” and found that accusations of a Muslim plot to convert Hindu women were unfounded.

This report begins by presenting an overview of limitations faced by individuals in South Asia who want to convert away from the dominant religious tradition. Next, the report critically examines anti-conversion laws enacted by state governments in India and the central governments of Nepal and Sri Lanka. The next section looks at alternative methods used to criminalize conversions, including anti-blasphemy laws in Pakistan, discriminatory foreign NGO registration laws for faith-based groups, and limits on inter-faith marriages across the region. The report ends with some conclusions about the problems with these laws and provides recommendations for U.S. policy.

In summary, to address this distressing trend, the U.S. government must work with its allies in South Asia through regional capacity-building efforts and by applying pressure on governments to rescind laws that deny individuals the right to share and choose their religion freely.