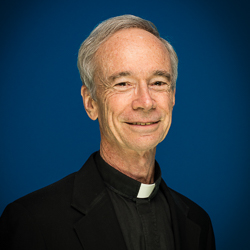 “Mass atrocities” are defined as large-scale, deliberate attacks against civilians, and include genocide, crimes against humanity, war crimes and ethnic cleansing. Following the Holocaust, the United States and the international community vowed to “never again” stand by in the face of genocide and mass atrocities. However, since then mass atrocities, including genocide, have been committed in Indonesia, Cambodia, Guatemala, East Timor, the former Yugoslavia, Rwanda, Sudan, South Sudan and Syria, among other places. Hundreds of thousands of people have been killed, tortured, or suffered sexual violence; and millions more have been forced to flee, generating profound humanitarian, political, and national security consequences.

Beginning with the 2006 National Security Strategy presented by President George W. Bush, the U.S. government has explicitly prioritized the prevention of genocide and other mass atrocities. In 2008, the bipartisan Genocide Prevention Task Force laid out a prevention blueprint for U.S. policymakers, and in 2011, President Obama established the Atrocities Prevention Board, which continues under President Trump’s administration. The United States has been a leader in marshaling the international community and fashioning tools, policies, and programs to prevent and address mass atrocities. Nevertheless, as the recent atrocities committed against the Rohingya in Burma have once again made clear, more is needed.

This hearing, the first of a planned series, will elaborate on the concept of mass atrocities, discuss the difference between prevention and response, and examine the relationship between the prevention of atrocities and U.S. national interests. Witnesses also will identify current situations of concern around the world.

This hearing will be open to Members of Congress, congressional staff, the interested public, and the media. The hearing will be livestreamed via the Commission website, https://humanrightscommission.house.gov/news/watch-live, and will also be available for viewing on the House Digital Channel 51.