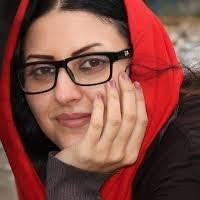 Biography: On September 6, 2014, authorities believed to be the Revolutionary Guards arrested both Iraee and her husband and searched their home without a warrant. During this raid, the authorities confiscated an unpublished story written by Iraee that was critical of the official policy of stoning women to death for adultery.

The authorities detained and interrogated Iraee, blindfolding her and threatening her with execution. In May 2015, a Revolutionary Court held two trials for Iraee. In the first case, which focused on her husband, Iraee’s lawyer was pressured into dropping her case and she was denied a chance to speak. In the second, her lawyer was barred from representing her and she was absent in hospital on a medical issue. Her official charges were “insulting Islamic sanctities” and “spreading propaganda.” Both her story and Facebook posts, in which she spoke about political prisoners from the 1980s and in which she was critical of the Islamic Republic’s founder, were used as evidence in her conviction.

On October 4, 2016, Iraee received a phone call from the authorities informing her that her sentence would soon be implemented.  On October 24, 2016, security forces broke into Iraee’s house and took her to prison. According to the United4Iran Prisoner’s Atlas, she was taken to Evin Prison’s women’s ward, where she was denied family visits and access to phone. On January 24, 2018, she was transferred to Qarchak Prison alongside a jailed children rights activist, Atena Daemi. To protest their transferal and the conditions in which they were held, Iraee and Daemi began a hunger strike on February 3, 2018.  After 81 days, Iraee ended her hunger strike on April 25 and on September 5, 2018 was transferred back to Evin.

Iraee was released on bail in April 2019 after serving 3.5 years of a six-year prison sentence primarily for writing an unpublished story about stoning in Iran. She was re-arrested Saturday November 9, by 10 male security forces in her Tehran home.