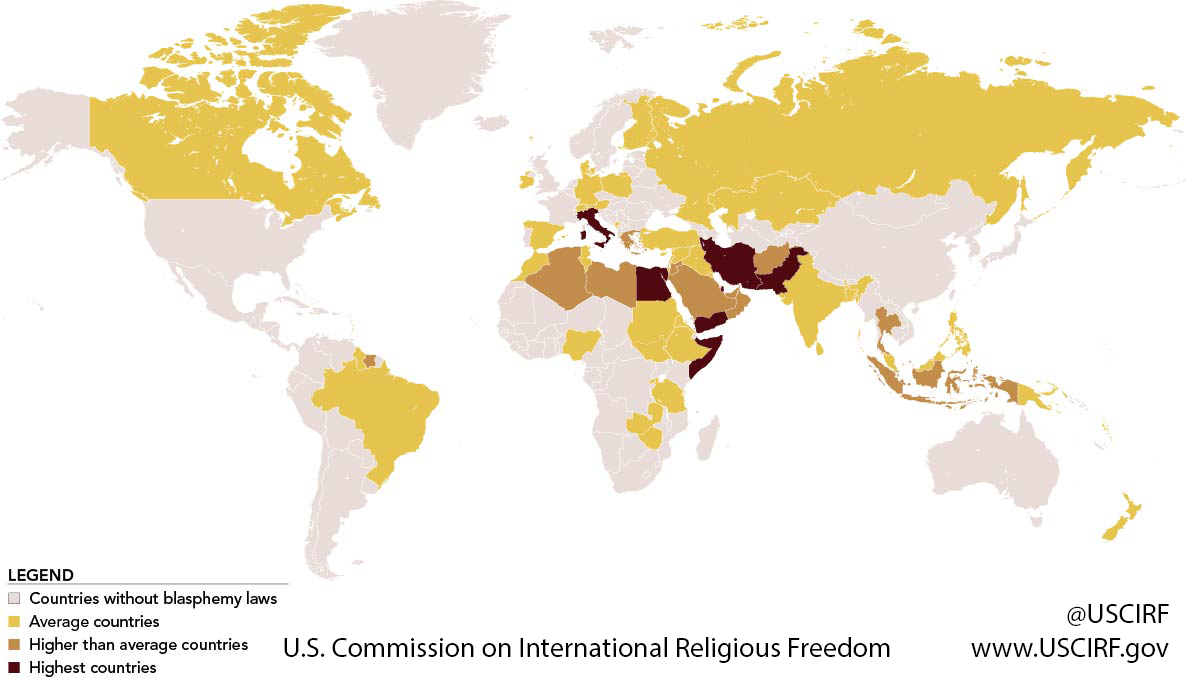 Washington, DC – The United States Commission on International Religious Freedom (USCIRF) applauds the passage of legislation in Canada’s Senate removing the offense of blasphemy from the country’s criminal code. The offense will be officially removed once the bill receives Royal Assent. The last time someone was convicted for blasphemy in Canada was almost 100 years ago. However, these laws are dangerous even when dormant in Western democracies, as they can unexpectedly be enforced to prosecute offenders for speech deemed blasphemous, as a recent incident in Spain shows.

“Laws criminalizing blasphemy are detrimental to religious freedom and other human rights, such as freedom of expression,” said USCIRF Chair Tenzin Dorjee. “These laws make governments the arbiters of truth and conscience, and are ripe for abuse against dissenting voices and members of religious minorities. USCIRF welcomes this step by the Canadian government and urges all other nations to eliminate these pernicious laws.”

Canada joins several countries, including Denmark and Malta, that have recently removed antiquated blasphemy provisions. Soon Ireland will also remove its blasphemy law, following a public referendum held in October. (See USCIRF’s statement on this here.) Roughly one third of countries around the world maintain blasphemy laws, which range from obsolete to actively used with penalties that include death. USCIRF recently published a report examining global blasphemy laws and their compliance with international human rights standards.