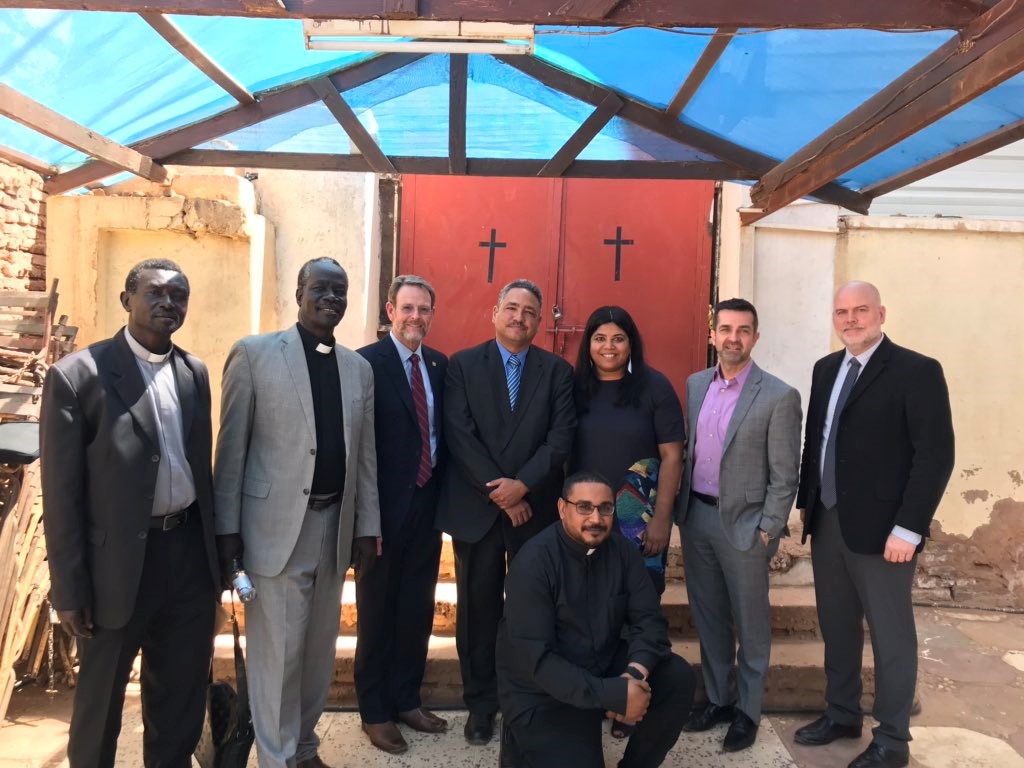 Washington, DC – The United States Commission on International Religious Freedom (USCIRF) commends Sudan’s Transitional Government, and in particular Minister of Religious Affairs and Endowments Nasreldin Mofreh, for ordering the dissolution of church councils that the deposed former regime had created to legitimize and obfuscate its persecution of several Christian communities, including the confiscation and destruction of church properties.

USCIRF Chair Tony Perkins said, “We are pleased by the Minister’s decree, given the role these illegitimate church councils played in the former regime’s persecution of Christians and the obstacles they continued to present to churches’ ability to represent their own interests to the government.” He continued, “This decree confirms our sense that while Sudan has many serious challenges ahead, its transitional leadership is sincere in its promise to implement concrete and meaningful measures to improve religious freedom conditions in the country.”

Commissioner Anurima Bhargava stated, “We are encouraged by Minister Nasreldin Mofreh’s decision to demonstrate support for and inclusion of Sudan’s Christian community. By disbanding these church councils, the Sudanese government is returning agency to religious organizations and allowing them to conduct their own affairs.” She added, “We hope this decree serves as an important first step in extending full rights to long-persecuted religious minority communities, including the restoration of property seized by the former regime.”

USCIRF has long described Sudan, under the rule of deposed former president Omar al-Bashir, as one of the world’s worst violators of religious freedom. However, following the overthrow of al-Bashir in April 2019 and the establishment of joint civilian-military rule in August, the Transitional Government expressed its commitment to granting greater religious, social, and other freedoms to the Sudanese people, and has started implementing reforms, including repealing the long-standing public order laws. During USCIRF’s country visit to Khartoum in late February and early March 2020, representatives of the Transitional Government—Prime Minister Abdalla Hamdok and Minister of Religious Affairs and Endowments Nasreldin Mofreh—affirmed this commitment and pledged to continue to engage with the United States and other international partners as they seek to implement additional reforms.