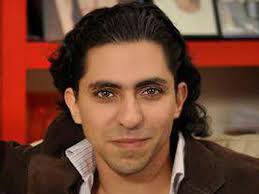 WASHINGTON, DC — Nadine Maenza, a commissioner on the United States Commission on International Religious Freedom (USCIRF), today announced her adoption of Raif Badawi, to advocate for his release, as part of USCIRF’s Religious Prisoners of Conscience.

Raif Badawi is a Saudi blogger who edited the online forum Free Saudi Liberals. He was detained in 2012 on blasphemy charges. In 2014, he was sentenced to 10 years in prison and 1,000 lashes. He received the first 50 lashes publicly in January 2015 outside a mosque in Jeddah. Although he was to receive 50 lashes in the same setting each week, a medical doctor determined he could not physically endure more lashings. Following international outcry, future lashings have been postponed.

“I feel privileged to be able to advocate for Raif Badawi,” said Maenza. “He started one of his banned blog posts by saying, ‘Freedom of speech is the air that any thinker breathes; it’s the fuel that ignites the fire of an intellectual’s thoughts.’ The only ‘crime’ this thoughtful young man ever committed was exercising this right – which everyone, everywhere should be able to do without fearing reprisals from the state. We need more people like Raif Badawi - willing to question the establishment and encourage the peaceful exchange of ideas.

“I had the opportunity to visit Saudi Arabia recently as part of a USCIRF delegation. While I saw some positive changes and met earnest people working to open up the country, there has been no movement towards freedom of thought, conscience, or religion. With the world watching, now would be the perfect time for the Kingdom to expand these rights.

“I would respectfully ask King Salman and Crown Prince Mohammed bin Salman to release Raif Badawi so that he may rejoin his wife and young children. This would go far towards showing the international community that they are serious about reforms and opening up the Kingdom to foreign investment and travel.

“Until he is released, Raif’s detention as a prisoner of conscience will continue to draw international attention to the serious religious freedom violations in Saudi Arabia. I am committed to taking every opportunity to advocate for Raif’s Badawi until he is released.”

In 2015, Raif Badawi received the prestigious Sakharov Prize for Freedom of Thought. USCIRF has repeatedly called for his release since he was imprisoned, including through a 2015 letter to King Salman urging Badawi’s release.

USCIRF again recommended this year that Saudi Arabia be designated as a “country of particular concern” for systematic, ongoing, egregious violations of religious freedom. Although the State Department has designated Saudi Arabia a CPC since 2004, in 2006 it placed an indefinite waiver on taking any action as a consequence of the CPC designation. USCIRF continues to urge the U.S. government to lift the waiver.