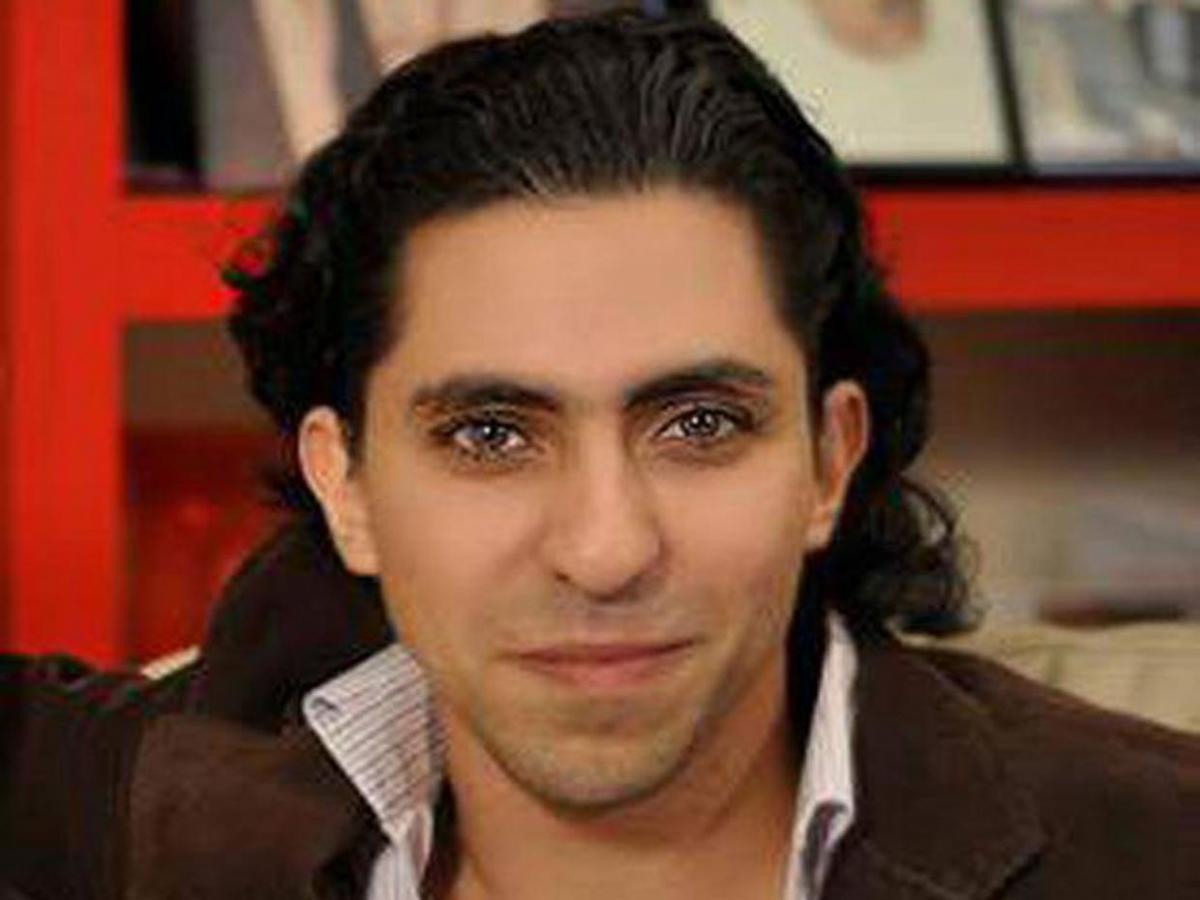 Key Fact: Blogger
Detained Since: June 27, 2012
Charges: Violating Islamic values and propagating liberal thought
Sentence: 10 year imprisonment, 1,000 lashes, a fine of 1 million riyals (equal to about $266,000) and is banned from any media work or foreign travel for 10 years after his release from pirson
Biography: Raif Badawi is a blogger and human rihgts activist who co-founded the website Free Saudi Liberals in 2008. Badawi and his colleagues intended the website to encourage debate on religious and political issues in Saudi Arabia despite the country's restricted civic space.
Badawi faced Badawi faced harassment and questioning following the creation of Free Saudi Liberals, beginning with charges of insulting Islam in 2008, continuing through a 2009 travel ban and asset freeze, and culminating in his June 2012 arrest and December 2012 trial on charges of insulting Islam. Evidence for this charge reportedly included posts on Free Saudi Liberals that criticized Saudi religious authorities and raised theological questions. The Saudi courts originally also recommended charging Badawi with apostasy, a crime punishable by death, reportedly due to his liking a Saudi Christian Facebook page and saying that “Muslims, Jews, Christians, and atheists are all equal.” The judge dropped this charge after Badawi stated that he was a Muslim and recited the Islamic declaration of faith.

In July 2013, a Saudi court sentenced Badawi to 600 lashes and 7 years in prison for insulting Islam and breaking the anti-cybercrime law by founding a liberal website. Following an appeal of the sentence, a criminal court re-sentenced him in May 2014 to 10 years in prison, 1,000 lashes, a 1 million riyal fine, and a 10-year travel and media ban following release. Badawi received the first 50 lashes in January 2015 in front of Al Juffali Mosque in Jeddah. Following an international outcry and a medical doctor’s finding that Badawi could not physically endure more lashings, no further lashings have yet been carried out. However, in June 2015 and March 2017, Saudi Arabia’s Supreme Court upheld the sentence of 10 years in prison and 1,000 lashes.

In December 2015, the European Parliament honored Badawi with the Sakharov Prize for Freedom of Thought, which his wife Ensaf Haidar accepted on his behalf. Haidar, who is now based in Quebec, Canada with their three children, campaigns tirelessly for Badawi’s release and serves as president of the Raif Badawi Foundation for Freedom.