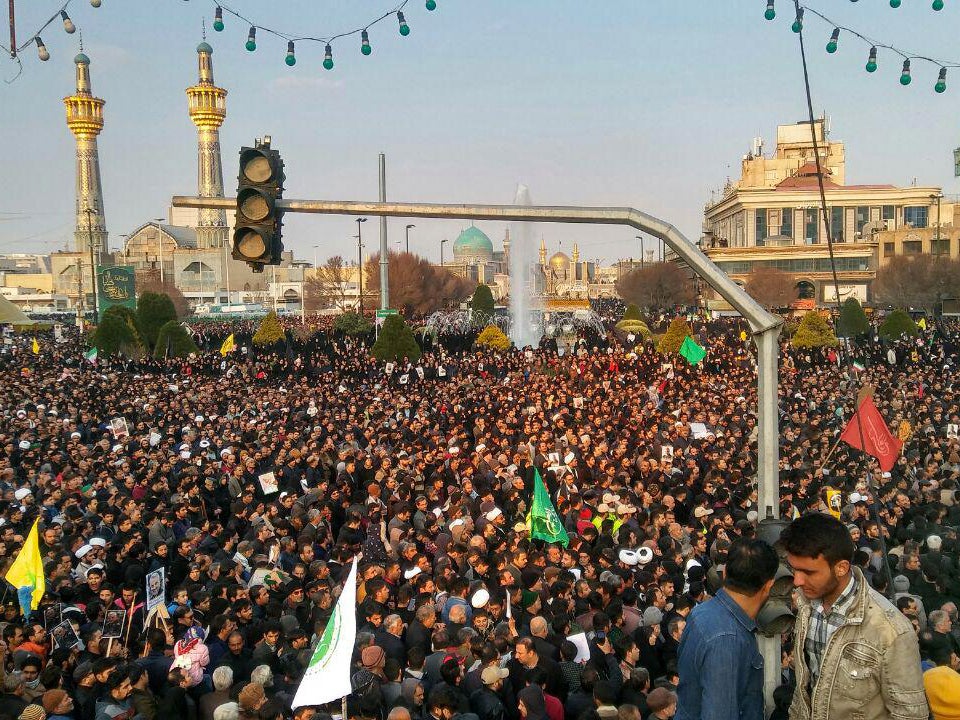 Washington, DC – The United States Commission on International Religious Freedom (USCIRF) is closely monitoring increased protest activity in Iran and expresses concern the government may heighten its persecution of religious minorities and dissidents in response. Since December 2017, Iran’s government has reacted to widespread popular protests in the country by cracking down on Iranians who do not align with the government’s official religious views, accusing them of disloyalty, espionage, and/or endangering national security.

“I am deeply concerned for the welfare of religious minorities in Iran amid the government’s already violent response to the current protests,” said USCIRF Commissioner Gary Bauer. “The United States must closely monitor Iran’s treatment of religious minorities as protests continue and speak out strongly against any attempts to target these groups.”

“Iran’s government cannot limit its citizens’ freedom of religion simply because it fears the peaceful expression of their aspirations through protests.” said USCIRF Vice Chair Gayle Manchin. “It is imperative now more than ever that the United States supports freedom of religion and belief in Iran, sanctions Iranian government officials directly responsible for violating it, and provides a safe haven for Iranian religious minorities who flee persecution to resettle in the United States under the bipartisan Lautenberg Amendment.”

Protest activity in Iran spiked after Iran’s military accidentally shot down a passenger aircraft departing Tehran’s Imam Khomeini International Airport on January 8, following a U.S. drone strike in Iraq that killed Qods Force Commander Qassem Soleimani on January 3. As USCIRF noted in its 2019 annual report, Iran has heightened its systematic targeting of religious minorities in recent years. Since 1999, the U.S. Department of State has designated Iran as a “country of particular concern” for engaging in systematic, ongoing, and egregious violations of religious freedom.