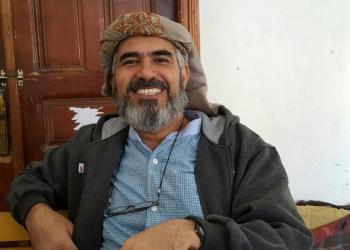 “Houthi authorities must immediately release Hamid bin Haydara and cease their persecution of Baha’is,” said USCIRF Commissioner Johnnie Moore who advocates for Mr. bin Haydara as part of USCIRF’s Religious Prisoners of Conscience Project. “We condemn this verdict and urge Democrats and Republicans to press the Houthis to release Mr. bin Haydara and drop the spurious charges against members of Yemen’s Baha’i community.”

On December 3, 2013, Houthi authorities arrested and detained bin Haydara, holding him without charges in a prison for more than a year. In January 2015, he was charged falsely with spying for Israel, teaching literacy classes deemed incompatible with Islam, and attempting to convert Muslims. A judge sentenced bin Haydara to death on January 2, 2018 and ordered the closure of Baha’i institutions. After a series of hearings and delayed rulings throughout 2019, a Houthi appeals court upheld this verdict on March 22, 2020. Twenty-four other members of Yemen’s Baha’i community face charges as well, some of which carry a penalty of capital punishment.

“This alarming decision is an egregious violation of religious freedom and the fundamental rights of Yemeni Baha’is,” stated USCIRF Vice Chair Gayle Manchin. “USCIRF has been long concerned with the welfare of Mr. bin Haydara and the Yemeni Baha’i community. We call on Houthi authorities to immediately reverse this verdict and cease their baseless persecution of this peaceful religious minority.”

USCIRF recommended the Houthis as an entity of particular concern (EPC) in its 2019 Annual Report.